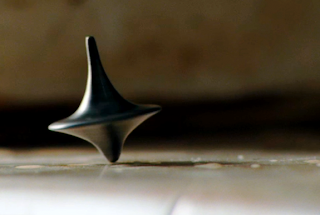 Thursday night was a weird dream night.  I have them often, but haven't relayed one here for a while.

It meant something to me, but nothing to you - even if I opted to try to describe it.  But I won't.

Believe it or not I don't write about all that happens in my life.

I will tell you the dream incorporated outdoor Bikram yoga (yes, I know that is not a thing), the Jewish Community Center here in Cleveland, a rabbi from a local temple and my cousin Bill - kind of.  And tears. Mine.  Well, my dream-self.

It was one of those dreams that went on for a lengthy period of time - seemingly all night.  I was still bent out of shape (though I know that's not the correct phrase) when I woke up.

While the dream dealt with death, it dealt more with life - both present and after.  It dealt recognition and family and a sort of healing, though oddly enough there was nothing to heal - not in the context of the dream, or even in the reality of what might lie underneath.

Often, even with my weird dreams, I don't actually remember them and sometimes nothing more than a vague feeling of them.  This time, I couldn't shake it.  It is as vivid now as it was almost a day ago.

It was also one of those dreams you had to tell someone, but not just any someone, but a specific person.  I don't know it made a lick of sense to them, but one of those things I had to verbalize just to feel a bit more centered - though I'm not sure it worked.

Yes, I'm babbling.  Yes, I know I make no sense.  It's a process, I suppose.  As I draft this before hitting the sheets, I'm hoping tonight's sleep cycle is less disruptive.

I'm all for good, or even weird dreams, but sometimes I just need a good nights sleep.

I tend to have bizarre dreams, almost never nightmares. And occasionally I've had dreams so real and sad where I woke up crying.

I often have dreams I want to remember in the morning but fail to. But every now and then I will have one so vivid, so impactful that I will force myself to review its details several times in my head before going back to sleep so I can recall it in the morning. Those are the ones I write about.

I empathize with your feelings.

I think if I started blogging about my dreams, someone might try to have me committed.