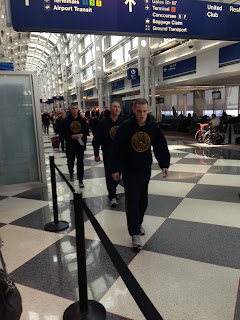 So there I was in Chicago's O'Hare airport, which seems to be a favourite stopping point in my travels these last few months.

I only had an hour between flights but had a stop I wanted to make.  No, not that stop.  Though I totally did duck in there to do an entire Austin Powers' "evacuation complete" session.

Most any day O'Hare is one busy place, but yesterday seemed even more packed.  I think people are wrapping up spring breaks and such, as there were way too many kids.

All were sporting sweatshirts from the Navy.

When we were in Columbus, Jon and I had this friend named Aaron.  Jon dubbed him 'Big Daddy'.  Aaron was nice and funny and for a man in his - gasp - 30s , was easy on the eyes.  But he liked boys. Not like high school boys, but up to mid-20s.

We weren't much older than that, but Jon also nicknamed Aaron 'the Colonel'.  Figure out for yourself why.

Honestly, I took the picture of the plebes in jest - as I have zero interest in any 18 year old.  I wasn't even interested in them when I was 18.  They were too young for me even then.

Alas, the irony was not lost on me as I took the picture, for the place I was stopping at the airport was a kiosk for Field Museum, which  I'd seen often. They had an item I wanted.  A t-shirt. 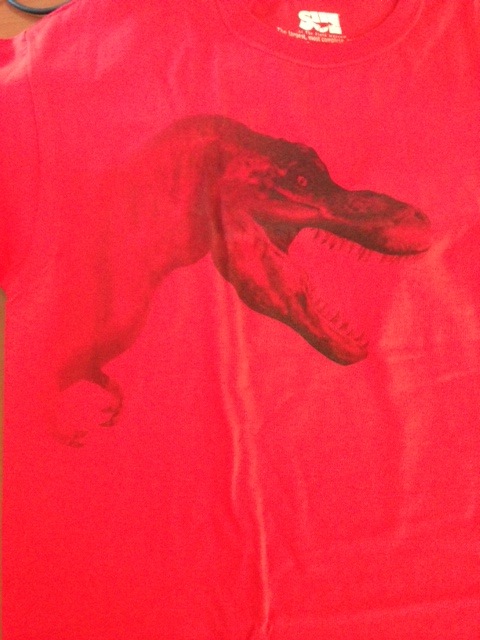 Yes, the irony was not lost on me.

oooooooooh, do they have others? I like stegosaurus in particular...

"The Plebes" - I haven't heard that term since my class on Roman History. It brought a smile.