Set the Prairie on Fire 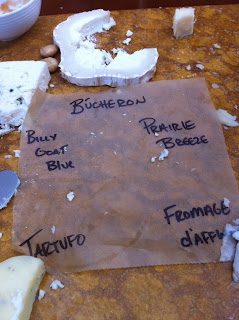 A year ago this weekend, 710 and I were in Columbus for a  few days of hanging with long-time friends - and eventually the subsequent video.

We have been together a few other times since, at least in one variation or the other.  Mostly it has been Rebecca, and we definitely need to see the others soon.

Becca has been in and out of town for a number of reasons, but spending a night or two with us, which has been more convenient to drive to Columbus - no offense to Mort, George or Dith. No that any of them are chomping at the bit to head north.

I will say, most of the time when Becky has been here lately we stay in, order in and drink in.

Two nights ago, we were blessed with HBO showing parts I and  II of the Deathly Hallows back to back.  Geek heaven.

Becky and I are two of the folks who actually think pt I (or what some call 'the camping movie') is the best of the Harry Potter movies.  Yes, we did MST3K pt 2 a little bit.  As much as I liked the second portion of book 7, we did kind of rip it apart a little, wondering why J.K. Rowling kind of never continued using Hermione's time turner - thinking the band of three could have avoided a lot of tragedy.  And limited use of the invisibility cloak? And there is a lot of running where Harry, Hermione and Ron could have just apparated to get where they needed to go.  Hundreds, if not thousands, of lives could have been saved.

As I look back on some of the books / movies, I'm finding hole upon hole in the storyline.  ...but I digress. ..I think

Rebecca couldn't stay a second night with us, but we did meet her for drinks and appetizers yesterday - hence the picture of the decimated cheese plate.  The Prairie Breeze (cheddar) was really good.
You really didn't want to see the bones of the eaten sweet chili wings. Oh, and wine.  We all had wine.

Oddly enough, that was enough for dinner - for 710 and myself anyways.

I tried taking a pic of the three of us - yes, 710 has been cropped out, as I respect his right to have to live this blog but not be in it to a degree - and oh my, did the lines around my eyes show...and my cheeks. They show here too, just not as severe as that first pic I snapped. Anyways, the hostess came over and took a few better ones for us....like the one below. 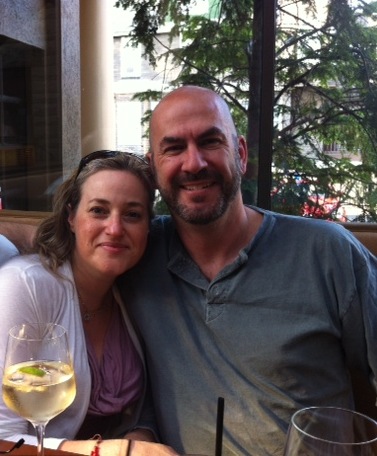 In another week or so, Rebeca will be back. Maybe she will stay with us, maybe not. But either way, I'm assuming we'll meet up with her. Depending on the time of week, maybe others could join??  Yes, it's a backhanded invitation, but it's the only thing they respond to.  (I kid....I kid.)

Song by:  Shawn Colvin
Posted by Blobby at 6:54 AM

Oh, I wish we could be friends. So one of these days, you and 710 should come to France. Or I and Ken should visit Ohio.

Don't be silly. You're not going to be able to get me off your couch. Remember, I have kids!

My time is not my own, my schedule sucks, but I will come to Cleve any time you crook your little finger.