Love to Love Ya Baby 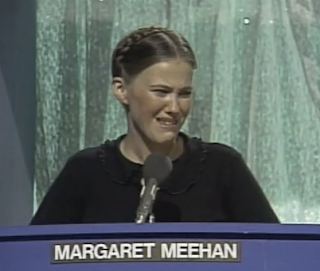 I have no unkind words for Donna Summer or her passing. But I can't go out and say how much I loved her either. Her music was always right there. I knew it, but I never owned any of it.

You couldn't escape her songs - whether you were gay or not - and to be honest, by the time I came into being able to go out, Summer was the 'classic' song(s) they played at the bars, you know, they way they still insist on playing Black Box or CC + the Music Factory.

Ok....maybe it's been a while since I've been to a gay bar, but you know what I'm getting at.

Summer had moved even past "She Works Hard for the Money", let alone "I Feel Love" or "Hot Stuff".   Hell, she was appearing the Columbus Eagle by the time I was coming out. When you go from concert halls singing to pre-recorded tracks at two-bit Eagle in a two-bit town, you're not clawing your way to #1 on the charts anymore.

That said, I get what she was to the gay community, or part of it, in that inexplicable way that other female singers I have no true association with have made their mark. While I'm sure Liza, her mother, and such had their place, not only was it before my time, it is not my taste in music.

But the thought of men in leather, skipping to the dance floor when Summer played, so they could pull out their fans, or flags, and dance always seemed odd to me.    ...at best. I was always a hang at the wall drinking my beer kind of guy, if by myself, or stand with friends (drinking beer) and laughing kind of guy, if not alone. It is safe to say almost no artist had me running to the dance floor.

710 surely liked Summer and I'm ok with that. I don't rush to turn the radio dial when she's on. Oddly enough, as we cooked the night before she died, "She Works Hard..." came on the radio (oh oh on the radio) and I never changed the station.

I have exactly one reference I can truly blog about when it comes to Summer - and it's in the form of five words in a five minute Second City skit.  You really have to wait to the 3:00-3:10 mark in the skit and listen to Catherine O'Hara's Margaret Meehan's answer.

It is a line I have been using for years. Sometimes in context, sometimes not. It really depends on the audience I have when I pull it out of storage and use in my repertoire.


Song by: Donna Summer
Posted by Blobby at 6:18 AM

this was a good clip