No, it's not pink. We're not 8 year old girls. But in the second of three posts (not consecutively) regarding the completion of our master suite renovation.......I bring to you, the bedroom.

The plan was never to do anything to the room. Nothing. But as the room was used for staging for the other two rooms, we ended up ripping out the carpet and planned on replacing it. Then the hardwood floors looked nice and we had them refinished.

Since there were no plans to redo the room, per se, there aren't many 'before' shots - if any. Mostly during and after. 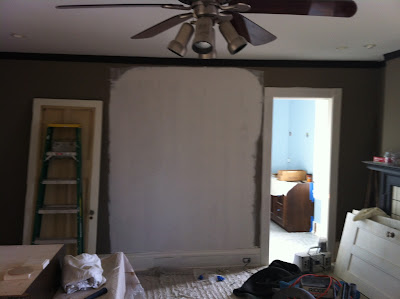 During:  the new door to the bathroom is on the right.  the old door is where that white splotch is.  The old wall to wall is down with a crappy cloth that caught nothing. 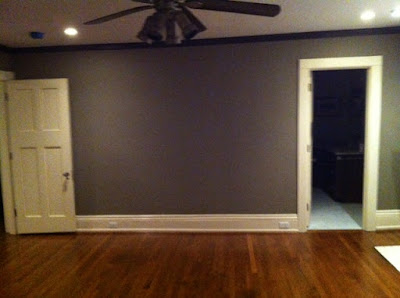 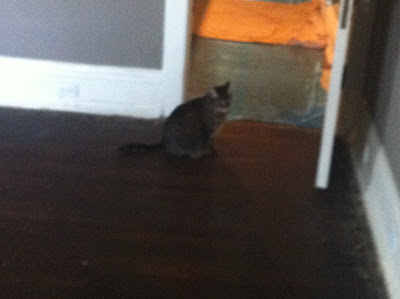 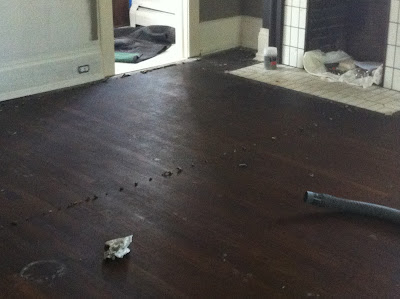 During:  carpet pulled up, but before they stripped and stained the floors.  ...and one cat who wasn't sure if she was allowed in the room. 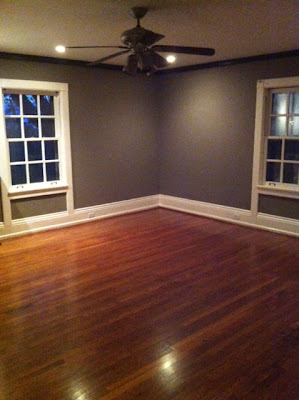 After: Floors all done - lightened up and shiny. 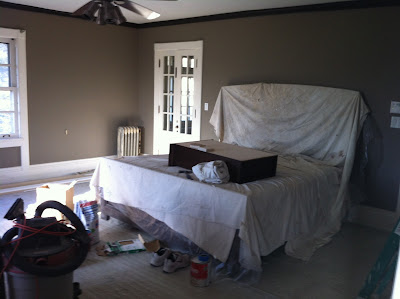 During:  covering the bed frame did nothing to keep down the grime. Had to clean that sucker 3-4 times after they left.  What you see on top of the bed is the new medicine cabinet they had not yet hung. 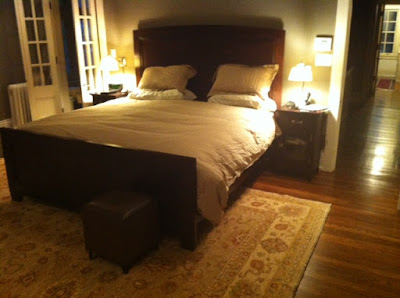 After (I):  Finally found an area rug. Them things aren't cheap, but it's a nice one and between that and the floors have a whole new colour scheme to the room. Loving it. 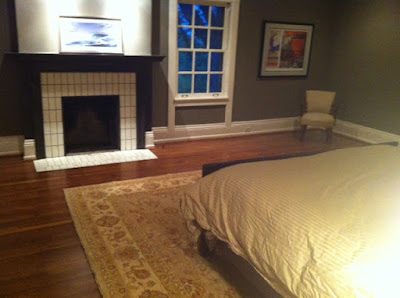 After (II): Still need the window treatments and to hang some of the art work, but we're in and I forgot how much I missed the king sized bed.


Next round will be the bathroom. Before, During and After photos. Be warned, there was no easy way to get decent angles for that room - but you'll get the idea.

Song by: Rosanne Cash
Posted by Blobby at 6:13 AM

Very sharp. Greg and I only did stuff like this when we were getting ready to sell a house. It was great for the new owners, but we didn't get much of a chance to enjoy it. You're not planning on selling, are you?

Nice work on the hardwood floors.

looks very restful and cozy! and you two don't seem like the pink types anyway.