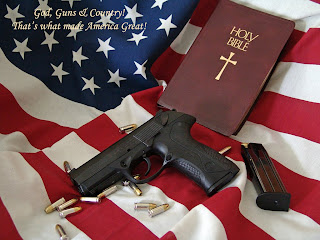 I could prattle on about Davy Jones, but as Monkees goes, it was all about Michael Nesmith for me. Maybe it was his mutton chops, or perhaps his green knit cap. Perhaps it was his inherited fortune from him mother, who invented White-Out.  And arguably, he had made the first full-length video with Elephant Parts ("Lucy and Ramona and Sunset Sam" - if anyone remembers that).

So yeah, Davy Jones is dead. I got nothing on that. I'm not Marcia Brady.

If we are talking tragic deaths this week, I'd stick with the kids at Chardon High School, which is about 25 miles from us.

I get flummoxed at school shootings. I truly don't understand - on multiple levels. I almost get the pre-Colominbe thing, but not the post.  While measures were put in place to respond to such measures, I thought the bigger issues is to keep firearms from entering schools.  Yeah, I'm all for metal detectors and giving up certain civil liberties to keep teens alive - at least while in school.

In theory, I understand locking-down the school immediately after it was reported. But while the school was locked down, EMS and SWAT were locked out, while the kids bled to death inside. That doesn't seems quite the way that should happen either.  Yes, one tries to minimize more aggression or fatalities, but........

And not to minimize what happened, but the aftermath sucks. Not necessarily the grieving, but the letters.  Oh, the letters.

It all comes down to g-d and guns. It always does.

Chardon is in probably one of the more conservative places in NE Ohio.  So a letter like this - in a way - surprises me:

Let G-d Back Into Schools. I'm sure more precautions will be piled upon the ones in use. But maybe, just maybe, if God were allowed back into our public schools -- after getting kicked out by liberal educators, judges and politicians under the false premise of the separation of church and state -- some of the chaos in our schools could be minimized.

Of course, the writer doesn't live in Chardon. But let's blame liberal educators and you know, not the founding fathers for church and state separation. And trust me, Chardon probably has more religion in their community than most - so if people can't learn right from wrong outside school walls, who is to blame?  Parents?  Community?  g-d, himself?  Another asshole not taking responsibility and putting it all on schools to do all the teaching.  Perfect.

The second letter was the Weapon Isn't to Blame.  You don't need the letter to figure that one out, do you?
The bigger surprise is that it wasn't written by Wayne LaPierre.

I love this about Republicunts. If it can't be handled by g-d, then a .22 is the next best thing. There is little, or nothing, between these two options.

Maybe the issue isn't that this kid brought a gun to school. Maybe the concern should be, with "role models" like these letter writers, that it doesn't happen more often.

Song by: David Broza
Posted by Blobby at 6:06 AM

"If it can't be handled by g-d, then a .22 is the next best thing." Turn this into a bumper sticker and you'd sell a million.