Wasted on the Way 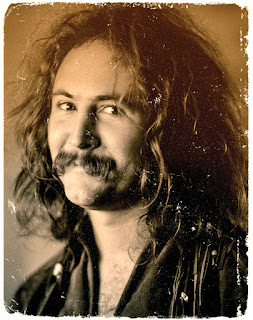 Maybe the actual surprise was you should have seen it coming, since David Crosby was an octogenarian.  The bigger surprise is that drug addiction didn't do him in much earlier.

Or that someone didn't murdered him.

Crosby, for all his talent, was not well liked. Eventually. He seemed to alienate and / or piss off just about everyone he's ever known or called a bandmate or friend.

Stills, Nash and Young haven't spoken to him, probably in years. Joni Mitchell is not a fan. Melissa Ethridge's ex (but then current) partner used him as a sperm donor. Twice.

I mean, any addiction study will tell you that familial relationships are the number one cause of passing on addiction. So, it only made sense to choose a heroin addict as your baby-daddy. And Ethridge wonders why one of those kids killed himself.

For all his accolades, I know Crosby only through his harmonies. If he sang lead on any CSN or CSNY (or Byrds) song, I don't know it. Maybe "Wooden Ships"? And probably "Almost Cut My Hair".  Granted, harmonies are much more difficult to pull off than most melodies, so total props for that.

Three of four years ago, we saw a documentary on him, which I have to say was fascinating. It must be streaming somewhere. I'd recommend seeing it.

Crosby's death is just a reminder of the passing of time - his and ours.

This death comes in threes thing seems to be wrong. It seems there have been a lot of deaths in 2023 - and we aren't even three full weeks in. I guess they can be lumped to multiple groups of three.

Everyone will go and must go. Of the two children , he allowed Melissa Etheridge and her partner to have , their son died from drug addiction, sad to me very sad. I really like Neil Young’s After the Goldrush , but that’s not the topic. The media is so vast and always in a shark feeding frenzy , seems like some third rate someone will take his place in the obituaries in a day.

Why all the newscasters/producers lately? Dropping like flies! This is Rebecca. Google won’t let me sign in.