Let Me Entertain You 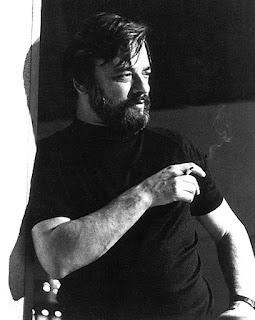 It seems it is possible to separate a man from his art.  Such is the case with Stephen Sondheim.
Oddly, it was sad to hear the news of his passing, but you know, he was in his 90s.
Personally, I think it was the soon to be released Steven Spielberg's version of West Side Story that probably did him in. It's Spielberg, so there are probably aliens in it.........Anita and Maria being the illegal ones!   .....but there are probably some outer space ones too.
While I can't imaging having a hit right out of the gate, like West Side Story, being your first real work....how does one top that?
In my head, one doesn't. And didn't.
If you've read me for any length of time, you'll know I'm no fan of Sondheim's work that isn't West Side Story - and let's face it, half of that was Leonard Bernstein's.
Save West Side Story and Gypsy, most of his work was past my parent's musical collection. Oh yes, I can comment on Broadway musicals at large and 710 will make fun of me for knowing them all, yet still refusing to go see (most) of them. It might be nature, but trust me, nurture is in there. One doesn't know the scores to scores of Lerner & Lowe or  Rodgers & Hammerstein, et al, and get off the exit ramp to Heterosexualville.   ....at least not unscathed.
And yet, I have seen two Broadway productions of his works:  Assassins and a Little Night Music. And I saw the film Into the Wood.  All left me undazzled and quite bored.  The big draw of the night at Assassins was peeing next to Jeff Goldblum. That certainly left more of an impression than Neil Patrick Harris' singing.   ...or the music and lyrics.
Still, I have also seen a few PBS specials on Sondheim. He is (well....was) an incredibly interesting man. Well spoken, educated, articulate and somewhat charismatic. But his work didn't do a thing for me.
I mean........like.....almost at all.
Still, there are no real talents like him currently.  Whomever wrote Diana: the Musical?  Prom?   Probably super-duper horrid and definitely horrid, respectively.
So, I liked the man, but not his work. And I can say this in his favour, at least he wasn't Andrew Lloyd Webber.
Song by: Jules Styne & Stephen Sondheim
Posted by Blobby at 12:07 AM

Well you certainly are in the minority in the gay community. The thing I like best about you Blobby is that you have a definite opinion.
I was watching my Alma Mater, win Basketball and Football games and still grieving for Stephen Sondheim. He stepped in where all the greats such as Rodgers and Hammerstein stepped out. His music and his plays were emotionally complex . Not simplistic. He was simply a very talented man. He was a gay man , with an excellent reputation. He had Tony’s and Grammys and an Oscar, He had a Pulitzer Prize .
I realize none of this matters to you personally but it is a huge footnote in American Theatre. I’ve been sad for two days, maybe I’m just getting old.

Thank you, Blobby! I thought I was the only one. I love musicals but not so much Sondheim's.

I too was saddened to hear he had died.
Into the Woods and Sweeny Todd remain my favorites, things I want to see/hear again
I cannot say that for other musical composers