Rejoice Sophie fans - she makes herself known in this holiday week's episode. 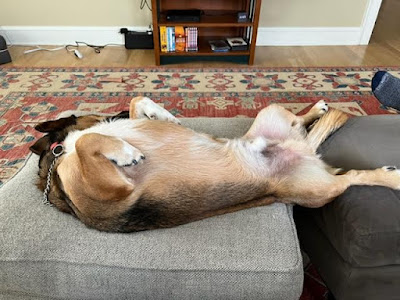 To air out his privates, the man needs TWO ottomans. 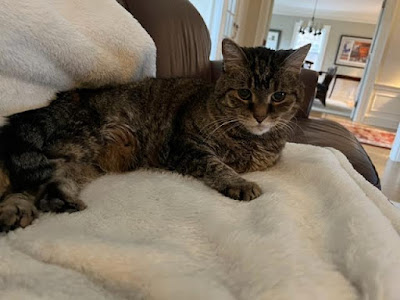 Soph has been loving the white fleece lately. I think it is soft a cushy for an aging princess. 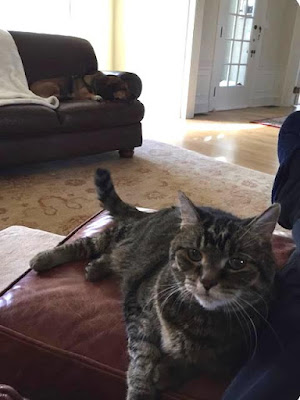 ....but some times she needs time away from you-know-who 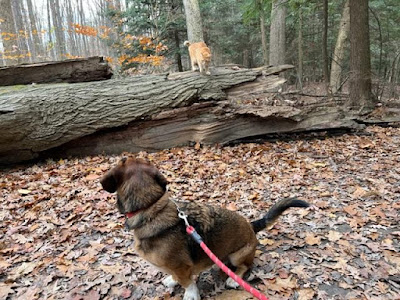 There is a 'resident' cat in the wood where we walk sometimes. He's friendly and lets me pet him.
He's certainly not afraid of Shep.  I've named him "Larry". 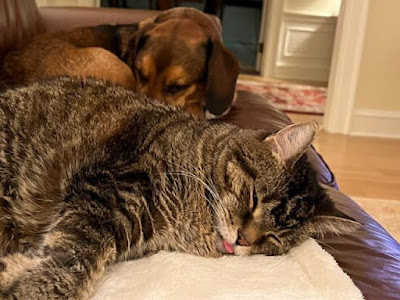 She's ok with him being on the sofa, as long as it's not her spot.
The tongue thing is adorable. 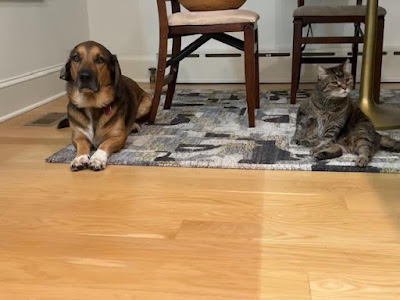 Song by: the Jam

Sophie and the Fleece, and Shep does Full Frontal. Who can beat that! Not spoiled at all!

An Ageless Princess and her protector.

LOL Bob. I didnt' scroll down the first time.