Here we go. Dogs and cat.  Singular. I only have one of Sophie this week, so apologies to you feline folks. 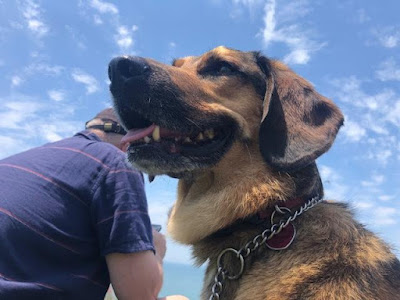 Shep and his handler. 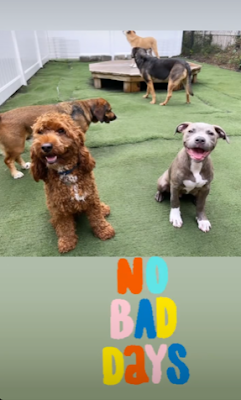 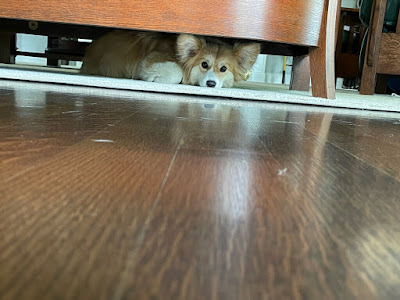 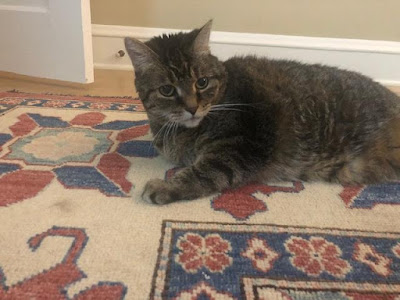 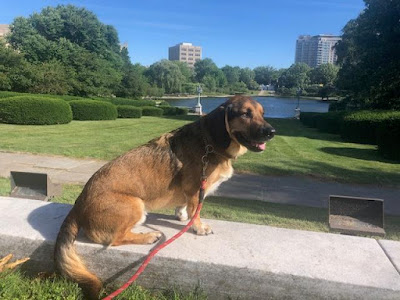 Wade Lagoon  - at the Cleveland Museum of Art 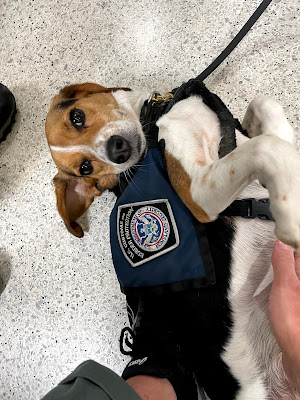 Morty made a new friend at the Miami Airport with Diesel, a luggage sniffer. 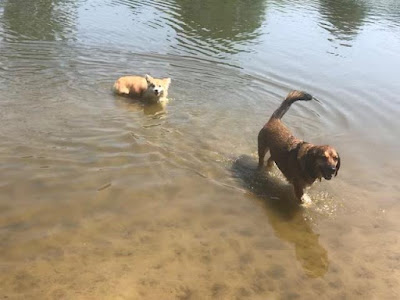 Shep and cousin Bailey at Bow Wow Beach.
Shep went in just a little too far and actually had to swim. We. Were. Thrilled.
......but after that, he was careful how he went into the water.

Shep is a sweetie! Museum of Art, Swimming , Just a regular Bon Vivant!

Bailey under the chair. The perks of being a small dog.

Hard choice for this week's 'prize' but I think it must go to, in your second pic, the little grey doggie on the right. for such a captivating, wide, winning 'grin'. But as I say, it's only for one week only.

Picture 3, Bailey peeking out from under a chair is my pick of the week