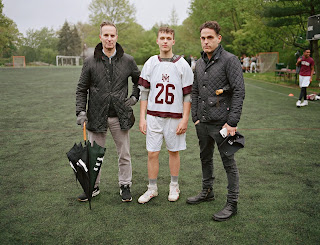 I should be writing about Juneteenth, but.........it's a joke.  Pappy Joe and Congress threw a distracting bone to a population who needs so much more than a holiday. And if there were to be a national holiday, make it Election Day.  NOW let that underserved population have the ability to truly go out and vote.
....but #moscowmitch is never allowing that. Pelosi is too weak to push that agenda forward, let alone passing it.
So I guess I DID write about it after all.
My intention was to write Father's Day, since it is their day.
Me? I've never wanted to have kids myself.  EVER.  Gay or not.
Honestly, I don't know how much harder it has to be for gay parents. And while I love they're having kids and the kids have homes (for the adopted and foster ones).  Oh and a big FUCK YOU to Catholic Charities and SCOTUS).
Seriously, maybe they should be punishing the folks who abuse and abandon the kids who end up in the system.  Oh wait - the Catholic church does both those things - the abusing and abandoning part, not the punishing part!  Certainly not the "helping" part either.
I also have zero idea of how the kids with two same-sex parents (or single gay parents) are treated in school and the community. While I'd like to think people are more enlightened these days, I also know that people are also a lot more plagued with anger and they don't hide it and actually act on it.
That all said, the NYT had a pictorial article on Gay Dads.  A Family Like Ours: Portraits of Gay Fatherhood.  It's a nice one, but not always perfect. And they writing are blurbs at best, which might give you into a glimpse of how they became fathers. It says little about the kids, but it's not Children's Day, so I guess it stands to reason.
There is a slightly creepy pic of an older father with his hand on the leg of his Adderall zoned out son. But it made me flash on a gay friend who was looking to adopt with his partner. He wanted someone who would take care of them in their old age.
I think I visibly cringed at that. As if having a child guarantee's that in the first place - and secondly, what a horrible reason to have a child.  As it would turn out, in less than a year he died, so...........there was little a tween or under could have done to help that situation, other than to feel fully abandoned........again.
Still, even if glacial, it's all still progress.
Maybe that goes for Juneteenth too ?
Song by: George Michael
Posted by Blobby at 12:07 AM

Catholic Relief Charities, My only experience has been with them and their partnership with the AIDS Service Organization , I volunteered with, In Florida, and was on the Board of Directors of during the ‘90s. They gave us money and food for clients, not a bad thing. Adoption , is a good thing at best , a horrible thing if the parents straight or gay aren’t fit! Gay people commit very well to pets for a lifetime, I don’t think straight people do, that should tell a social worker all they want to know. I pity any gay person who thinks having a child would complete their life. I thought DINKS were the reason gays were always traveling and had so many financial choices. I pity anyone who thinks Gays are less than, but I’ve never lived during a time when there ,wasn’t a group of people who were struggling for recognition and rights.l also expect it will be that way when I die!