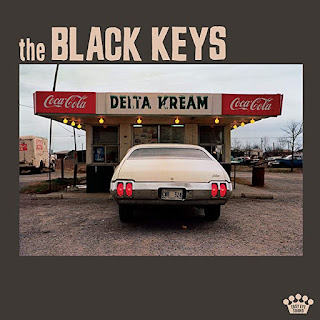 While it's always good to hear from the boys, it is an album of established (read: covers) of delta blues songs. And while the Keys have their roots in the blues, it kind of works and kind of doesn't.

The musicianship is clearly there - Dan Auerbach and Pat Carney are pros. The two band members are joined by a few guest musicians. Allegedly, this was recorded live, 11 songs over 10 hours - no rehearsals. It's a great story if nothing else.

It's not that the boys don't have an affinity for love for the genre, it's just that two white boys from Akron playing delta blues seems.........inauthentic. By letter of the law, they do it and well, but the question kind of hangs - should they?

By my own estimation, I'd say Delta Kream would have made a great EP.  11 songs drags it out a bit.

Or maybe, all the songs are fine, but in limited doses. Maybe my problem was playing them at once - like one used to do (and I still do) as a full length disk. I like "Going Down South", "Crawling Kingsnake" and the like, but the variety is limited - and limiting.