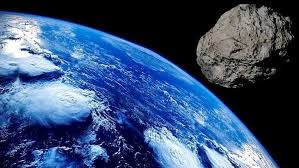 I have to stop reading the news and my Facebook feed. It is DEPRESSING.

I am passed the ability to figure out what is real, what is fear-based, or where on that venn diagram does it overlap.

Mind you - those fear-based items comes from both the BLOTUS and Pappy Joe camps and followers.

BLOTUS going on about he deserves a THIRD term because the first one was unfair to him. Yes, we call that dictatorship - but then, I've been calling that for about 2.5 years, if not longer.

You've got BLOTUS insinuating that if not-reelected, we will see the greatest depression we've ever seen.

DUDE! You might want to take a look at anything related to economics that isn't the stock market. You have already incurred the greatest debt and had the worst quarter in HISTORY. More people out of jobs and miles long lines for food banks.  But yeah - glad to hear amazon stock is up.

Of course, 'depression' could mean lots of things, and as it is, I'm already depressed due to the last four years.

Now on top of it all, an asteroid named 11 ES 4 is headed towards earth* around election day.

Honest to g-d, right now, I'm rooting for the asteroid.