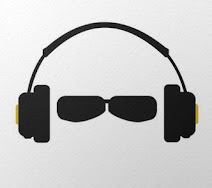 The Go-Go's have a new song - their first in 19 years ! - with "Club Zero".
The band has a documentary on Showtime - as I guess Cinemax at Starz - couldn't afford the hefty $4.19 price the band was asking?  I mean honestly - who the fuck has Showtime still?
As it is, until it hits some streaming service, I shan't be seeing this work of art.
But I didn't know, until this last Friday when reading about the doc, that the band included a new song. Not even a rehash of something they never put to tape.
Written {allegedly} by guitarists Charlotte Caffey and Jane Wiedlin (and maybe bassist Kathy Valentine), the song works. It's pop, though maybe with an edge to it - along the lines of "Has the Whole World Lost Its Head?" .
Either way, "Club Zero" is better than most anything on their Vacation disk. Belinda sounds good, even if she doesn't quite sound like even 2001 Belinda. But the woman is in her mid 60's. The voice should change.
Check it out. It's new, but still a bit of the past.
Posted by Blobby at 12:07 AM

"I mean honestly - who the fuck has Showtime still?"

I feel so seen. Honestly though, I think my most-looked forward to program this last season has been "Black Monday" on Showtime.

And I watched the Go-Go's documentary this weekend. While I knew the basics about them and that there was some anger/animosity with the break-up, I didn't know the details. And they ALL talk honestly about what happened. It's like a REALLY GOOD VH1's "Behind the Music".

On a side note: I saw the Go-Go's at the Starwood in West Hollywood in the early 80's with The Suburban Lawns.