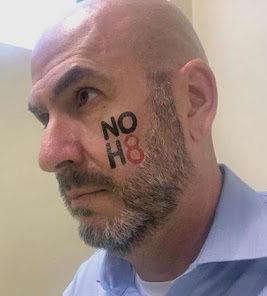 Since we hit the eye portion of my health the other day, let's travel south a bit to my nose.

It's not secret that my schnoz is plus sized. Not horribly so, but I get it has that Eastern European Jew thing going on. I'm proud of my nose and I like it. Je have no desire to change it.....at least on the outside.

The inside? It is in dire need of renovation.

I've known for about 35 years that I have two deviated septums. The left and right alternate between which is worse, but generally the left is more problematic. I have nothing to back this up at the moment, but I believe it to be a main reason for my lack of sleep all these years.

Twice before I have had doctors evaluate this issue. The first time, the guy's success stats scared me out of doing anything about it. To go through it with only a 60% chance of improvement wasn't worth the effort to me.  ....and at the time the pulled the dried bloody packing through your nostrils!!!!

Fast forward to 2009, the odds got much better in terms of making a positive impact, but a change of jobs shortly thereafter derailed any plans and then I just put on a far far back burner. Until recently.

A few weeks of increasingly bad sleep - even for me - and one nap that had me struggling for air had me all hepped up to do something about this. It didn't hurt that Morty had done the surgery a while back and just raved about the outcomes. He said it was the best thing he ever did.............other than becoming friends with me.

Oh, he didn't say that last part, but I know that's what he meant.

With my 2020 deductible paid, Q4 of this year seemed the opportune time to get this done.

While I self referred, I found a new otolaryngologist whom I really like. Youngish, smart and had a decent sense of humour.

We went through the standard rigamarole of questions and my expectations. I'm not looking for perfection just the ability to breathe a little better. But first he had to stick a camera up my nose and into my sinuses. YAYYY.  I don't have access to those images or you'd be seeing them here.  Count your lucky stars.

Long story short - I still have the septum issue. And apparently an issue with my turbinates. The doc asked if I knew about those - and I did not, but that it would make a great band name. He chuckled and goes, "the Inferior Turbinates".

I'm assuming he upper-cased those. Apparently of the three turbinates we all have, it is my inferior ones that need reductions - along with the septum stuff. 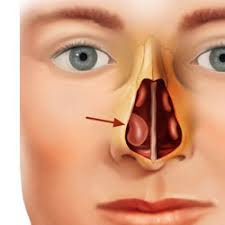 It turns out them thar turbinates can decrease ones sense of smell, which might explain why I have such a limited ability to smell stuff. One of my sisters has almost no ability to smell at all. So, this could be interesting.

But medicine - and insurance - being what it is, I must use a prescription nasal spray for two months to see if that reduces those terrible turbinates on their own. Morty claims they won't.  Insurance is going to want to try the inexpensive routes first before shelling out for surgery.

I'd say I get a week off when I have it. Reality is I'll just work from home. He doesn't want me going in due to the blood and crud coming out of my nose - but I'm guessing masks would hide that anyways.

So in two months I'll know if I'm going under the knife - again.

ew, sounds gross. I do hope the spray works for you rather than a knife.

Do what you can to feel your best!

This should make for an interesting 12 on 12 in October or November.