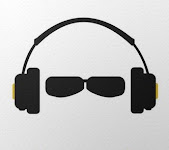 Years ago I did a Philosopher King's song I really liked - though it was released back in the early 2000s.

No, you've never heard of them, even if you did read that post.

They are Canadian, so.......it may as well be Polynesian.

Back then, our cable channel got MuchMusic, which was Canada's much superior version of MTV. Except they played videos and not shows of  Poor White Trash tweens getting knocked up.

And the music they played was diverse and yes, tended to favour Canadian artists, like the Philosopher Kings.

The band itself is multi-racial, not just in term of the band, but in the some of the members themselves. So they bring an arguably evolved sound to their pop and R&B mix.

Case in point - today's selection, "You Stepped on My Life', which throws in Love Unlimited Orchestra-like fusion. It totally works.

Vocalist, Gerald Eaton has a great voice, and not hard on the eyes. I found him way sexy in my earlier post back in 2012. Good vibe and swagger.