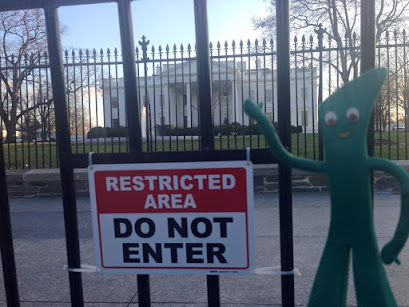 If you didn't know, BLOTUS is building his wall. But it's not necessarily at the border.

No, he's building it around the White House.

Obvi, there has almost always been a fence around the corner of 1600 Pennsylvania and Black Lives Matter Blvd.

Back in 2014 there was another fence erected so you couldn't even get to the fence fence.

Secret Service opted to add another surrounding after the murder of George Floyd. Apparently, BLOTUS can be a bigot, but he's a big scaredy cat (read: pussy) bigot. Can dish out; cannot take. 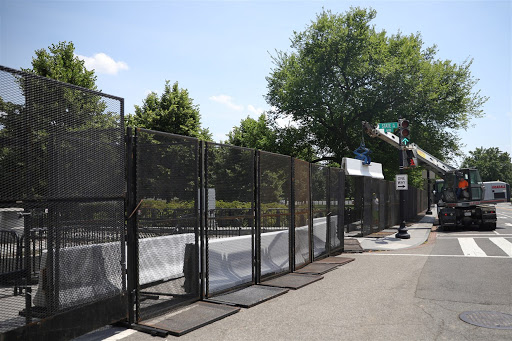 There have almost always been fence and gate jumpers at the White House, which is one reason Gumby couldn't get past the first fence. Now there is another, higher version.

Mark my words, this dude isn't coming out on January 20th. Not on his own volition.

When they closed Pennsylvania Avenue after 911 It made me sad. Obviously the lunatics have had their say long enough. I remember in 1974 leaning up against the original fence at The White House waiting for a tour to start. The maze Of shit around the People’s house resembles the confusion in Orange Shitmuffins mind . As for removal, I believe there will be a decisive victory and the Person in question will be removed by the Secret Service and Military working in tandem. Where his private jet flies to after he is dumped off Air Force 2 I wouldn’t bet, but I really don’t care , do you?

He who must not be named should quietly fly home to Moscow.

drag him out in chains!

He won't leave voluntarily, but the photos of him being dragged out by the Secret Service and/or Military will be EPIC.

That is, if he doesn't kill us all first.