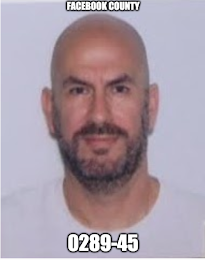 I'm in jail.
Facebook Jail, that is.
Most of my FB experience is posting something every few days or weeks. Looking back, Lately I post about 4-6 times per month.  Mostly of pictures with a snarky caption. Others are just memes.
I rarely put up a political post because.......well....trolls.
I use Facebook more for a 👍or yes, a snarky comment. Sometimes just a comment - no snark, but maybe some cynicism.
So, just on Friday, CB posted an image of him with a six pack of White Claw.  A variety pack, at that.  I thought I'd be the first to toss up a comment - full snark.
....and in the course of about 48 seconds, I was incarcerated. 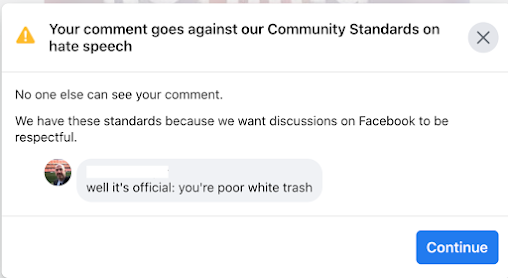 I'm not sure which part is the hate.  Is it because I called him 'white'? It's an unpleasant truth, but he is actually white.  Is it because I called him 'trash'?   Becauuuuuuse.......well........
And next to Zuckerberg, everyone else on FB IS 'poor', so that can't be it.  Did the White Claw lobby put an end to my reign of terror?  Will the Southern Poverty Law Center be posting my terrorist notice soon?
I hit the 'continue' button to find out. 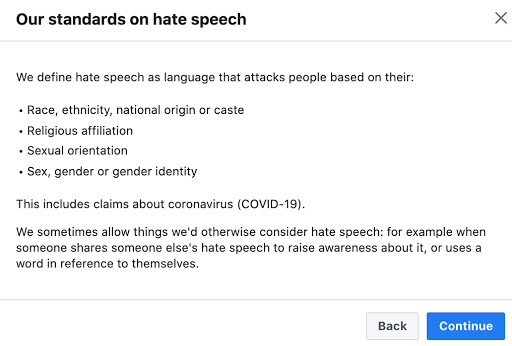 Yup. It's because he's a cracker. Or has Covid.  I guess FB subscribes to #alllivesmatter, so they can help the Right marginalize the black ones.
I totally get the need / want for civility, but on some of my quasi-political posts FB might want to take a look at those comments.  They won't because Zuckerberg, as rich and powerful as he is, puckers up to BLOTUS & Co because....well.....$$$ and fear of breaking up his cash cow.
But FB, if you really want discussions to be 'respectful' you need to look in the mirror then take the site down completely.
So, by the time you read this, I'll have one more day left in the clink. I'm not sure if I get parole, or how this works. Had I only been Roger Stone or Michael Flynn, I'd never seen a day of jail - virtual or not.
Since I have all this free time, I guess I will go cure cancer.
Song by: Elvis Presley
Posted by Blobby at 12:07 AM

What a shame. I won't go anywhere near Facebook. I hear its just nothing but a toxic site. It's outlived it's purpose me thinks.

Travesty, with all the shit going down in this world they chose you! You are not a magnet for evil . I loathe Zuckerberg and have never been within 10 miles of his product FB. I think I have one dog picture and follow some ass accounts on Instagram. Blobby, is there someway we can destroy this reprehensible motherfucker ? , who is so out of touch. He sucks Blotus’s dick and would have him re-elected. We need to hope when the election brings change ,maybe someone can take it away from him, and set it back on the path it was meant for ,being friends with friends!

never have had, and never will have, a fuckbook account.

I'd like to puch zuckerberg's smarmy shitty white ugly nazi ass face til it bleeds!

FB - hypocrites! They have double standards all based on money.