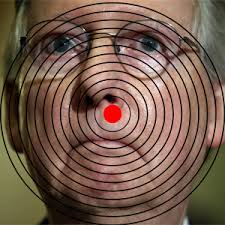 This isn't a threat.  It's hopefully a promise.

Come November 2020, it will be the last we see of #moscowmitch - at least in terms of making (or not - as the case may be) legislation.

It might be my new shoes, but I was seemingly walking with a lighter step yesterday. I think I was lifted by what could only be known as 'hope'.

First, let's just forget BLOTUS' assertion that Virginia was currently a red state and wanted it keep it that way - even though the senators and governor are all democrats.  Yes, I say BLOTUS isn't dumb, but manipulative. He might be proving me wrong with this one.

And Virginia continues their blue streak.

While clearly I like that, but Virginia waffles between red and blue, but NoVA helps push that envelope to the dems. It's the Lynchburg fucks you have to watch out for.

It's really the defeat in Kentucky. It'd say they put the KY in it, but this fuck was dry.....and hard. So much so, that the current, non conceding governor is asking for a canvas of the whole state.

Just so you know, I said it in 2000 and it have yet to be proven wrong:  Gore v Bush was the starting line for elections being held in the courts. And we've seen it every year since, in either state races or federal.

The guy's a fuck and should just take his lumps and join FOX (like McConnell will - along with his lobbying job, once he's out with his mail-order bride).

What this all spells is trouble for #moscowmitch.  Yes, I'm going to use that hashtag till the end of his time.

But until that point, we have two problems.  Now that he sees chinks in the armor (and that may or may not be a horrible racist jab at his "wife"), and with the clock now ticking for the next 12 months, GUESS who is going to start trying to pass all the legislation that he has stalled.

Problem 1:  He's not going to pass it in a humane way. It's going to come at a price to the dems for sure.

Problem 2:  He'll have two months after he's defeated in an election till the end of his term. I believe the word you'll be using is: "retribution".

Both are very real.

But today, I'm loving he's got a target on him.  And calm the fuck down Secret Service - while I would LOVE to see this man dead, it won't be because of me.  I'll let the KY voters take him down. Then they too can fuck him without KY.