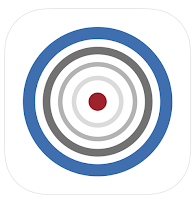 Well, from my 12 of 12, you might have realized I'm in Northern California. Lower north, but higher than San Luis Obispo.

And for those in the know - we are just at the 30 year mark since the Loma Prieta quake. The one that pretty much brought down - for all intents and purposes - the Bay Bridge.

So while fire seems to be the big thing in California now,  those fault lines are still shifting as we speak.

Now mind you, I'm not all that worried about earthquakes. It's not like I can do anything about them anyways. And if I've learned anything in the last half-decade is, if there is a quake, the Rock will be there with a movie crew post haste, and he always makes it through.

So, there are any number of earthquake warning apps out there - and let's be honest, I cannot attest to how any of them perform. And to be completely honest, I don't want to test them out.

But eQuake has a 4.5 star rating, and 565 ratings. The bigger news is: it's free.  Because, I'll skimp on my safety if it means not paying for an app in where I still might die a horrible death.

eQuake tells you of where recent earthquakes have happened.

Seemingly, it sucks to be in South Asia or Oceania.

It seems you get a 13 second warning. Tops.  Enough time to find a doorway or a table or something.


So you can see why I only guess how it works. I can't vouch for how well it does.

I drafted this days in advance of publishing, so anything could have happened.

Should there be a tremor and it works, AND I live, I'll update this posting.
Posted by Blobby at 12:07 AM

I lived in SF when the Loma Prieta quake hit. I was in class over in Berkeley, and grateful that the hulk of a reinforced concrete building I was in (Wurster Hall) didn't crumble. No apps back then, just shaking.

I was in DC the day the earth shook, an odd experience