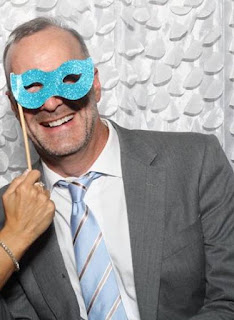 Does this look like the face of a winner?

Somewhere in my walnut sized brain, I keep thinking those few victories I had were more than they were. I also keep second-guessing myself, which it seems is never good.

And somewhere along the lines, the people who vote for the Golden Globes aren't as quirky as they used to be. So I got left in the dust.

Honestly, One hour and fifty-five minutes in, before I won one fucking category. And yes, I timed it. And yes, that includes Seth M(e)yers' lame-assed monologue. Emphasis on the 'mono'......so it seemed a LOT longer.

Not that he's ever been funny, but there was winning this year. He was right in saying that it should have been a female host. It's the only way some of the "jokes" (and I'm being generous there) could have flown.

And do NOT start me on Oprah. No, I did not see her. Even if I didn't have laundry to get out of the dryer, I would have muted her. I am not a fan in any way. Mike claims she was good. There is some CNN article saying she is contemplating a 2020 run for president.

But srsly. Like we need another unqualified television gasbag in the White House. One is fucking enough. For fuck sake, she gave us Drs. Phil and Oz.  Can her Cabinet selections be any better?

Anyhoo.....let's see, the rest of the awards.  Well first off, Sharon Stone. How do you get such round boobs? 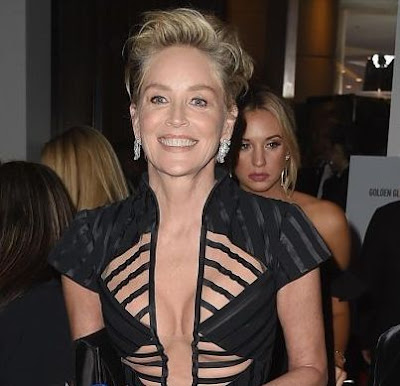 and better yet, from where?  You're 60. Those dirty pillows - whosever they are - are 24. Are they like your earrings: borrowed and you have to return them at the end of the show?   #timesup on those.

I'd say, way to put it all out there, you know, with some of the dirtbags banned the ceremony and Hollywood.

....and poor poor Kirk Douglas. The poor guy didn't know where he was. Or who he was. 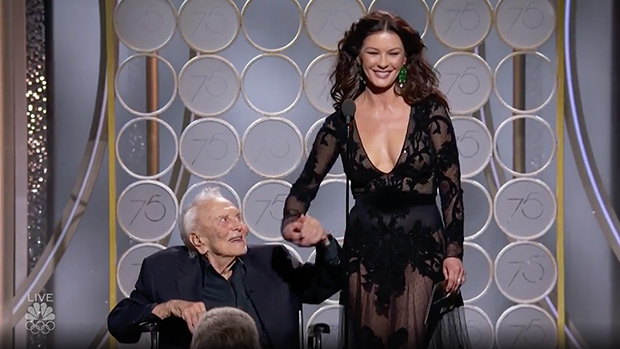 ...and his daughter-in-law. Honey, this was a night about not being allowed to be sexually harassed, not for asking for it.

I suppose you kind of are asking for it when you buy your "dress" at Frederick's of Hollywood.  Have you not one gay you can consult before stepping out of the house and in front of a wheelchair?

Ashley Judd was even there.......and let's face it, it's only because of scandal she helped break. It's not like she's starring in Double Jeopardy II....or anything else for that matter.

Enough about them. This was Mike's night.  Aren't they all.  And no, there was no question mark in that last sentence.

I'll give him credit. Considering he's only seen like one movie this year, he has not let that subscription to Entertainment Weekly go to waste. He must have devoured every word of their Awards Issue.

What? I mean, how can you expect him to best me, when this is how he starts his day: 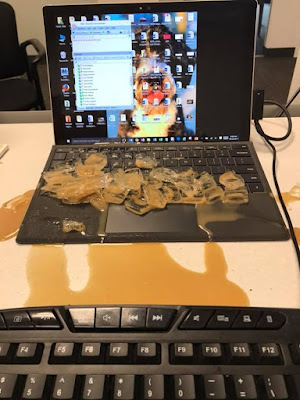 Still a win is a win. And he won. He's not getting cookies. I have to drop a stone, so why should I make them if I cannot partake? I figured something better.

The winner of the best picture was one I wanted but for one in which I didn't think anyone would vote:  Three Billboards.

Mike and Peter have not seen it. Mike will tell me a date / time / theater where they will see it, and tickets will be waiting at the kiosk for them to pick up and view the movie.  If I can find a way for Sno-Caps and popcorn to be waiting, it will happen.  Maybe Jujubees, but those might tug on his partial.

All hail the victor.

(is my smirk showing?)

Song by: Alan Parsons Project
Posted by Blobby at 12:04 AM

Your posting here is much more entertaining than was the ceremony itself, or what I saw of it. At least I've read ALL of your post.

P.S. Better luck next year - or next month's Oscars? - or even the upcoming BAFTAs with 'new' hostess, Patsy from AbFab? (No, thought not!)

WTF did mike spill on his laptop? looks like soggy condoms.

@anne marie, giggle, snort! I thought they were teabags, but there's too many of them. After staring, and trying to get used condoms out of my mind, I've come to the conclusion that it's ice.
Just a little gentle chiding, Blobby, Nobody asks to be sexually harassed, or raped for that matter, unless they request it. A person should be able to wear what they want without others coming to the conclusion that they asked for another person to break the law. I have no problem with ridiculing outfits in general, though.

Someone who won an award (can't remember who) jokingly suggested Oprah run for President in 2020. She never said it so I don't know where CNN is getting its information. And I don't think its fair to suggest that someone who's been in the entertainment industry is automatically going to be a bad President just because Trump is. Oprah has done a lot of altruistic things (started schools, etc) and has way more business savvy than most Presidential candidates. I'm not suggesting she SHOULD run; I'm just saying her career shouldn't automatically disqualify her.