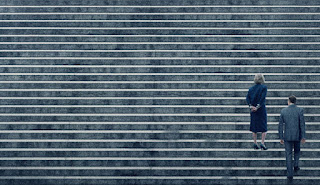 "In the First Amendment the Founding Fathers gave the free press the protection it must have to fulfill its essential role in our democracy. The press was to serve the governed, not the governors."

So said Justice Black back in 1971 writing the Supreme Court decision on the publication of the Pentagon Papers after the Nixon administration attempt to cease publication by the New York Times and Washington Post.

And yes, we saw the Post yesterday evening. Black's message from 47 years ago couldn't be more timely today - though I suspect it is the entire reason that Spielberg made this movie in the first place.

The heart of the matter is well founded, the making the movie was fair. That the Post is up for Best Picture says more about the  current feeling of some of us in this country than it does for the film itself.

I've never been a huge fan of Spielberg's anyway. Sure, I loved Raiders and I really liked Lincoln. But that's where it ends. I've seen a lot of his work, but nothing is on my top 10 list (well, maybe Raiders).  Yes, someone will say something about Shaving Ryan's Privates, but then I'll have to counter with AI.......and then I am unanimously declared the victor.

The movie flows well, but the acting of the two stars is just ok. Meryl Fucking Streep (as Billy Eichner would say) does nothing groundbreaking or even mildly interesting here. She has some good scenes, but the arc of her character seems to come out of nowhere with no growth in between. Hanks is......well.....Hanks. He didn't play Ben Bradlee with anything that made him stand out either. That he didn't get a nod by the academy seems in line with the performance. I'm beginning to think the same academy is afraid of Streep, as I don't think this is Oscar worthy - let alone nomination worthy.

I'm glad someone has been hiring Bradley Whitford this year. He did a good job. I was surprised to see David Cross in the movie. Alison Brie's short time I don't know, came off as a little creepy, and I know it wasn't supposed to. Sarah Paulson....well......I've yet to see her really stumble in anything.

It's hard not to compare this movie to other genre pieces like All the President's Men or Spotlight. When you do with either of those films, even though the Pentagon Papers were important, the Post doesn't really measure up in quality or execution.

I thought Spielberg was a little heavy-handed here and there. With Katherine Graham walking down the steps of the Supreme Court flanked all the way down by women. All women. My first thought was #methree.

Yes we get it: girl power!  It's the early '70s and not a lot of women in charge of things. Thanks for the 2x4 over the head, Steve.

And for a guy who can be so hung up on realistic time periods, some clothes were completely out of era and a staged Vietnam War protest looked just that...........staged, like he didn't remotely even try.

I agree, the Post needed to be heard / seen by today's population. I hope they're smart enough to draw a line from point A to point B. I fear they cannot.  The Post is an ok movie. I don't understand the raves I've heard about it from friends.

So this is our fourth movie in four weeks. If this continues, we are going to crush the 2018 movie goal!

I can’t wait to see it. I’m a Katherine Graham fan. Her biography, Personal History, is quite inspirational.