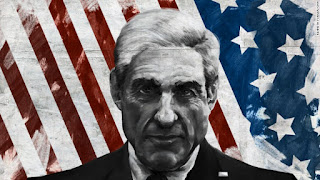 That's the last day I wrote about politics.  I've eschewed (yes.....eschewed!) writing about them..and tried not to read about them either, but that's tough.

It's not that I don't care - though sometimes it is really hard to. I just think there is so much futile energy. I get worked up. I see no recourse. I get discouraged I shut-down. All in that order.

I get so annoyed at people who seem reasonable and then say 'BLOTUS is doing a great job'.

The only think I can think they're thinking is the stock market. Yes, it's going crazy. But that's what happens when a billionaire lets other billionaires become unregulated and no one is watching the candy store. I can't see how this can end well. It's going to make 2008 look like someone shoplifted a pack of gum.

But that is what they're talking about. Money.  What else is there:  no end to ISIS.  no wall. The swamp not only has not been drained, now there are like four additional swamps.

So it does not surprise me all with the NYT's revelation late yesterday that BLOTUS tried to fire Mueller last June.  Yes, this investigation has been going on at least eight months. UGH.

That this "revelation" comes at a time when Mueller allegedly wants to speak to BLOTUS is also not shock. I think the blaring headlines are making this look like news - but I'm cynical enough to believe that the story was revealed to the Times when this administration wanted it to be known. They are controlling the news cycle.

They are distracting you / us / everyone from something else.

BLOTUS could have fired Mueller I suppose, but at what cost? How could that have ended well for him?  So, there's something else to this 'breaking news' than meets the eye.  Am I crazy?

They're waving something shiny at you.  Don't look away.


Song by: Brandon Flowers
Posted by Blobby at 12:08 AM