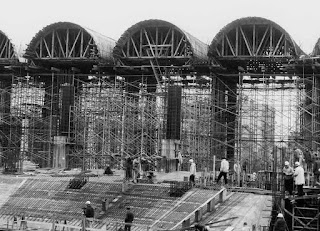 When I first met 710 so many moons ago, I might have tried to "impress" him with the fact that I enjoyed opera.

In today's terms, that would be called: Fake News.

In reality, at this time, I had seen two operas only:  Faust and La Boheme. ...and the only reason I saw those was that my sister had the lead roles in both.

Spoiler alert:  in most operas, the female lead dies.

But I've been around enough to know more about opera than I should care to - including having a tingling feeling "down there" when, as a pre-teen, I encountered Sherril Milnes on the Dick Cavett Show.

....btw....has a gayer sentence ever been written?

In my defense, this was what Mr. Milnes looked like then. 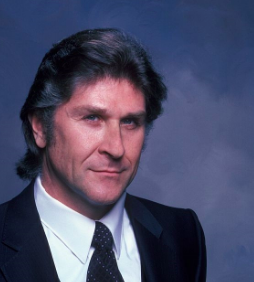 If you go to the art house movies (and actually, the big theaters now), they advertise showings of Shakespeare plays (Kenneth Branagh and Dame Judi Dench, etc) and operas. It's not that I've ever been inclined to go to one, but they also show at odd times:  14:00 on a Tuesday.  Maybe during retirement when I'm free on at 2p on a Tuesday.

But there was a movie on the Metropolitan Opera at Lincoln Center (the movie is called the Opera House) that has been shown in previews and 710 was interested and asked if I would go with him.

Of course I would. It's a buttload of husband points.........again, not that you can actually cash them in for anything. 710 says those points are used for annual relationship maintenance fees, but I have yet to see an invoice or statement. Then, there is that whole pesky 'for better or worse' stuff in the vows.

While part of the "movie"(?)  seemed to include opera, just as much seemed to be about, city planning, urban development and the creation of the venue itself. I can certainly live with that..........right?

Oddly enough, some of the opera stuff was more interesting. Or let me rephrase: sometimes the filmmaker went too deep into some of the city planning etc that you just wanted or needed a break from it.

Leontyne Price opened the new opera house at Lincoln Center. They did some interviews with her at the age of 90. While she was diva in her prime, she is pretty hilarious in her present.

There was a great tale regarding the lights at the Met. If you've never been, they are quite unique and very beautiful, but they came about quite accidentally.  But no spoilers here. hehe.

Oh - who am I kidding, the most you all know about Lincoln Center is that Dana Barrett met Dr. Peter Venkman there to discuss Zuul. .....which is still more than most people know.

I didn't know 100% what to expect, but I wasn't banking on almost two hours. There was some editing that could have been done - and sequencing - to make it a tighter movie. I didn't need to hear a Julliard choir sing ''G-d Bless America", I guess it could have worked for like 20 seconds, but not the entire song.

The Opera House is very PBS-y.  I expect that it will be on during a fund-raiser at some point in time. It shows an interesting slice of New York City all during the Metropolitan Opera's history and the development that went on while it looked for a new home. One that is now 50 years old.

I would get the tingles over mr. milnes too.

"husband points" - yeah, it's called compromise. I do it all the time.

ms. price's mentor way back when was marian anderson; when I hear ms. price sing, it reminds me of marian's 1939 lincoln memorial concert.

I do hope you two will try more opera; they are various and quite amazing.

I just can't relate to opera. Its as if they're singing in another language! (BTW, I've been waiting to use that one since I heard it a couple years ago.) ;-)