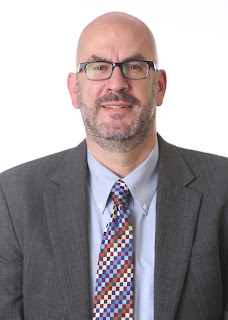 Quarterly, we have a leadership meeting at a nice hotel downtown. I'm surprised how many 'leaders' opt out of this meeting - though I don't know they're supposed to, but attendance is not taken, so......

I'd say of each four hour meeting, there is one really good presentation and point taken away that makes it worthwhile. For me, it's usually financial or government relations related. Yes, I'm that guy.

This week's meeting didn't have any of that. The year close hasn't finished, and they aren't about to give preliminary numbers. I'm a little tired about hear of tele-health. It might come more into fashion, but I'll be retired or dead before that happens.

During a break, I had to pee, so went with the throngs of folks who all had to do the same thing. Depending on the meeting, these are usually attended by 800-1000 folks. Once again, the pool women having to wait in line like it's a Def Leppard concert.........again.   The smart ones go to another floor in the hotel to find another facility.  I do that too......but when I have to poo.

So, I'm standing there, peeing, and kind of look to my left, and there stands (and pees) the CEO. He's an imposing man, towering over me at least by 4-5".....and I'm 6'2". I also notice he's still mic'd. If I truly knew him - and was comfortable talking to someone while they urinated - I'd have mentioned the scene in Naked Gun when Leslie Neilsen goes to the restroom.

I would then have been looking for new work, after he faux laughed at my joke. So I said nothing.

I have never not stayed for the entire event. But this last one, I had a meeting back on main campus and I still had to drive back and find a way to eat something before said meeting. So I snuck out 20 minutes early, as the head of HR was talking about employee engagement. Yes, the irony was not lost on me.

Now the head of HR knows me.  Kind of.  We are good friends with a third party, but we have never crossed paths even with that friend. So I don't know him know him enough to have commented that he wasn't wearing a tie at what is always an adult dress-appropriate event. Just sayin'.

Cut to the next morning - yesterday morning. I'm in a budget meeting and a peer of mine, Bill, asks why I'm wearing a tie.  Not that he's not.  I said, because, I always do.  Dick (it's not Richard, honest), is next to him looking all out of sorts.

Bill goes, "I saw you were at the meeting yesterday, what did you think about the business casual announcement".    Blink.  Blink. Blink.  (on my part.)

Yes, I missed the point where HR-guy said we, as an organization, were behind the cultural times in the workplace and spoke how we should be business casual.

Many - and many of you - would applaud this. I'm not one.  I mean, you've seen my closet of ties. Dozens upon dozens. And I also think it changes the dynamic of work and non-work. And I like wearing ties.

So Dick, who always wears a suit, is just flummoxed by this turn of events. He's a man lost. I don't think he was ever able to focus on the budget meeting at hand.

Bill says to Dick and myself, "I'm not going to be an early adopter.......I'll wait for you guys to do this".  I think Bill might be waiting for a while. I did notice three of the men were already tieless. Clearly they took this to heart.....and quick.

Oddly enough, on the way to this meeting I passed the CEO - and he was still in a tie. I suppose he has to be:  donors and all.

We will see how this all plays out, but for now, my dress-up habits will not change.

Song by: Suzanne Vega
Posted by Blobby at 12:04 AM

my, you look professional; esp. if you are making a presentation.

you do your own thing and let everybody else do theirs.

my company of 7 is business casual/jeans & t-shirts. our customers buy from us off our website. heaven!

I was so glad to give up the daily tie habit. I wear a tie 4 or 5 times a year, that is it. If I had my way, our office would be jeans and polo shirts everyday.

I don’t really wear ties, like ever, but I don’t understand why in a professional environment they aren’t expected. The decmocrats, maybe I should blame it on the democrats. Wait, I’m a democrat. When can we start to blame Republicans? Today?

I think you look quite dapper.
Bow ties maybe just around the corner?