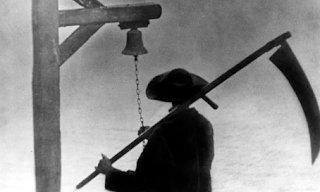 The end of the year didn't really end with a bang.

The mother of a good friend of ours passed away suddenly and unexpectedly......from the flu !

Well, actually, it was respiratory arrest, but brought on by the flu. She was in the latter half of her 80s, and it goes to show you that the flu this year - and many years - hits hard, especially with the elderly, young and immuno-suppressed.

Before the memorial started, James stopped by to thank us for coming. He had just gotten back from California, saying goodbye to his father who had taken ill. They knew they would most likely not see each other again. The scenario was heartbreaking. While he was in California, his husband's mother died here in Ohio. James was not there for that.

Days before, I was chatting (i.e text messaging) with a mutual friend, Chef Bob, on attending the memorial. I'd only met David's  mother 2-3 times, but I wasn't really going for her, as I was to support our friend. Chef Bob was on the fence about going and I said it was ok, as only "a real friend" would attend....shaming him into going, albeit just yanking his chain.

710 and I arrived for the memorial and we were chatting with some other mutual friends. One of them, Keith, turns to me and says, "I feel so bad for {Chef} Bob with his father dying yesterday.

That news just took me aback. I've never met his father, but Bob and I had been exchanging some messages before xmas while he was visiting his parents - staying in the room in which he grew up. He stopped in, as he was working in their area. Complete happenstance.

I think it was the suddenness of the news compounded with being at a service for another unexpected departure. I have to admit, during this service, my mind was with Chef Bob, as opposed to David. It would have been rude to text him during this service - so I sat on my hands for the better part of an hour.

We got in touch briefly later in the day to express 710's and my condolence.

I don't need a Freud or Dr. Spo to tell me my next few days of subconscious. I was coming down with a cold to start, but my dream state was weird. Oddly, it hasn't been for a long time, but it came roaring back.  It was one of those dreams you knew it was a dream and told yourself so, but from one which you could not be extricated.......but needed to be.

Even semi-waking up and going back into sleep, it was right back into the dream. This brought on anxiety, a pounding heart and a tightening of my chest.

I should say due to all my nocturnal movements, the dog got fed up, jumped down and went into another bedroom to sleep.

By now, I was awake enough, where I'm thinking I'm getting a cold (the flu? - you mean the flu that Wilma just died from????) and having pseudo-chest pains.

Then it just kept going downhill. What if I die?  What will happen to 710?  Who will tell my mother? Will anyone call work to tell them I won't be in?  Should I go the the ED?  I should go alone, because someone has to stay with the dog.

So sorry to hear of all the sudden passings, as well as your fitful night. I'm hoping you're feeling more like yourself now.