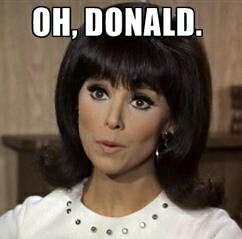 Yes, some of the indictments are out.  ...and yes, I'm just getting around to making a comment or two.

I'd say it's because I've been pondering the sitch and coming up with something clever to say, but let's fact it......that ain't happening.

Oh and he had phones registered under fake names.

Yeahhhhhh.....this guy has nothing to hide. Or had. Past tense.

Maybe he'll be hiding in his cell one of these days. My fear of course, is that BLOTUS will pardon him. In my estimation, that would be stupid, but I trust nothing at 1600 Pennsylvania Ave these days. And by "days" I mean for potential of 4-8 years.

I do like BLOTUS' attempts do divert news coverage - calling indictments 'fake news'.  No fat-ass, it's real news. All too real - - yet still not real enough for my liking.


Who BLOTUS should be worried about is that Greek neb: Papadopoulos.

Sure, he lived on his CV. Sure he probably colluded with Russia at the behest of BLOTUS & Co. His credibility is nil. But the FBI has enough on him that he isn't even fighting this.

Please, tell me why the caged bird sings!  Or ferret in this case.

Well, I'm guessing the caged bird is afraid of shower time at OZ.  HBO lied to us, it's all more Adebisi than Chris Keller in the hole.

But you know what is gonna make that asswipe squeal (I mean besides an midnight visit from Adebisi)?   BLOTUS demeaning the guy, calling him a "low level guy" and diminishing his work. I mean, how low level could he be if you sent him to Russia?

But sure, let's jab at a guy who has nothing to lose. I would assume that would make him more like to talk and name names.

BLOTUS - you might have just poked the bear.......or cage bird.  I really hope it doesn't end well for you.

Song by: Marianne Faithful
Posted by Blobby at 12:05 AM

I hope georgie sings like julie andrews in a movie. I want the FBI to take all these muthafucka GOPricks DOWN!