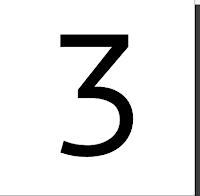 While I am doing November's Site of the Month,  it seems I am sticking with this week's gun violence theme.

Oh - unlike most of the mass murder events, this theme was not planned.

It's a simple SotM, one that needs little explanation, and one that is kind of sadly necessary to drive home points that the NRA-lovin' public doesn't know or want to know.

....and for those who do know it, they attempt to rationalize it away.

That's why I like statistics so much. I'm not so sure numbers lie, though the way one can spin them can tell a different story. One must be careful with this.

The website name says it all:  Days Since the Last Mass Shooting in the United States.

We are only in single digits, of course, since the last shooting. I made a "joke" a few posts ago that it would be 17 more days before the next one. Let's see how accurate that is in two weeks. I am guessing since we are 'Murica, we won't ever make it to triple digits between mass shootings.

It you hit the 'history' link in the SotM, you'll see each shooting: location, date, number killed. And going back to 2014, there are no triple digit time lapses.