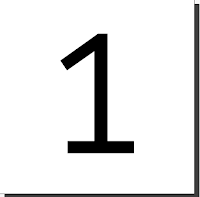 You know how I said just seven days ago that I'd see in two weeks if we could make it a full 17 days before the next mass shooting?

Of course, I'm loving that BLOTUS tweeted about the wrong mass shooting. Granted, they are so frequent, who could possibly keep up?

Enough of that already. Apparently I can talk about mass shootings every half dozen days or so. I'll catch the next one.


So tired am I of well, everything in the news.

I've been watching the new Tracey Ullman series on HBO. It seems better than that last season....or was it just earlier this season?

I'm a fan, but you know, sometimes Ullman - like all skit comedians - run certain things into the ground. If I never see another episode with "Kay" in it, I'll be ok. She's been milking that one since 1987. Enough!

Ullman's Dame Maggie Smith bit is just so-so. I'm loving her Dame Judi Dench character, but I can see that being over done very very soon.  But take a look......she pulls it off all too well.

Tracey is doing a decent Camilla Parker Bowells.  Or what we can assume is one....I mean, I really don't know how Camilla walks or talks. And what I'm guessing is a good Angela Merkel.

But what I am truly loving is her take on Jerry Hall as the new Mrs. Rupert Murdoch. She's so frightening and frighteningly good it's downright creepy and hilarious.  ....and while on some level I knew Hall had married Murdoch, I kind of forgot about the entire thing, probably by design.

There are a series of them, but only two of them I found on YouTube, and I'm only picking one. But since it is Thanksgiving time, I'll choose that themed one.

Oh, my GAWD! I love Tracy Ullman. She is so good at what she does. It's so weird how she can look so like the characters she plays on her show. I've followed her ever since I saw her do a cute video song called "They Don't Know." Ever since then I've been a great fan of her.