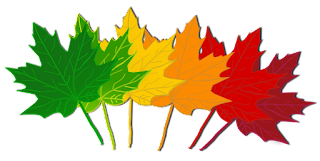 Lordy - how did we get to September already?

Oddly, it's felt like Autumn a few times in the last few weeks. We even put a blanket on the bed....and used it once or twice.  Sophie loves the cush.

To close out August, 710 and I went away for a day or two - but more on that later.  No worries, Shep is with all his pals at the boarding place.  The caretaker there is amazed by Shep's stamina and his never stop playing.  I love that. I love he loves i there, so I don't feel guilty about leaving.

On our way out of town - right at the end of our driveway - we encountered 9-10 trucks from the cable company. Since it was tres early, and there were so many, I couldn't help but axe what was going on.

It seems some stray (?) bullet hit the fiber optic line and took out something or other. We had our internet, so that wasn't it. But we didn't turn on the tv - as we never do in the morning.

During our drive, we kind of went back and forth over the bullet so close to our house.  As I've said, we hear gunfire far far far too often. Now I suppose we shouldn't just worry about hearing it.

Of course this is troublesome, on many levels.  First, that it's happening at all, obvi.  Second, that we really cannot do much about it other than stay inside and/or get bullet proof windows.......and never open them.

...and off all the stray bullets, what are the chances they'd hit a cable and ruin it?  (well, we're assuming it was stray and that someone from the Heartless Felons just wasn't pissed about what happened on Big Brother?)

I'm sure it will all pass as the days go on. I will almost forget it about it. Until it happens again.

In Cleveland! It not like you are in Detroit, or SE DC