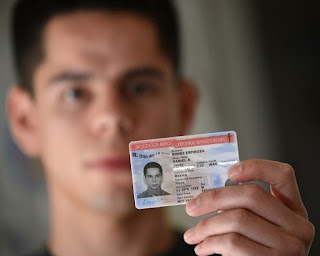 Is there a bigger pussy than SCROTUS?

....again, the question is rhetorical. Naturally.

I get (well, kind of) that he has to semi-make one of his campaign promises are reality. Cuz he certainly hasn't done it with a wall, healthcare, ISIS, voter fraud, tax reform or American business growth.

All the man has is: Deport.

So I guess he has three things going his way.

The lie?  Dump says he has “a great heart” and “a great love” for the Dreamers.

The hate is obvious.  And he spreads it.  I totally get your vengeance for those families of the Dreamers that totally stole that job picking crops right out from under you for which you never even applied. Ditto with the ones where you didn't clean office buildings from 8p-2a.  You should be furious at them for taking a lower than legal wage that has zero benefits!  That job was PERFECT for you!

Of course, the biggest pussy maneuver of all is that he didn't even announce it. It was partially leaked to the press that is was coming and then he had AG, Beverly Leslie do the dirty work...........only to dangle the, "maybe......it won't happen if Congress can do x, y and z".

The pussy couldn't even stand up and take the heat himself......and then wouldn't totally commit to it.

Is it any wonder that that he couldn't get any traction for anything on that list I mentioned earlier in this post?

Another part of this "joke" is: many of the 'dreamers' pay taxes. Not all are freeloaders and looking for loopholes..............unlike some presidents I know.  And some will be separated from their families....like the man who was brought here at a three year old.  His brothers and sisters were born here, but he could be forced to leave - to a place he's never really been. And he pays taxes, has a job and is going to college.

Where is Dump's "great heart" with this?  Daddy didn't give that kid a millions bucks to "make it on his own".

Yes, there are some "bad hombres" squatting in public housing, taking handouts from the government they didn't earn and not paying taxes. That hombre and his Section 8 clan just happen to reside at 1600 Pennsylvania Ave.

I h8 supertramp. and I h8 the dump and every other muthafucka GOPrick! #RESIST