I think we have a good selection of pictures this week. I'll say we find our house to be complete again with a dog in the picture. We pretty much sit around every evening just marveling at him.

As much as I'd like to think that Sophie rules the roost, right now she doesn't. We seem to be more a slave to his needs. He's not quite as self-sufficient as Soph. 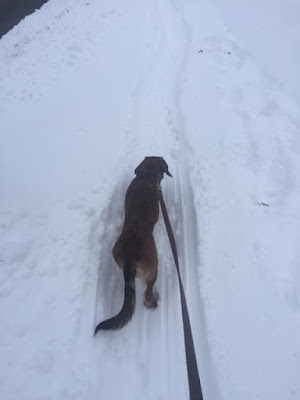 Blazing a trail in lots of snow we had. He likes the snow, as long it's not slush or there isn't any salt. 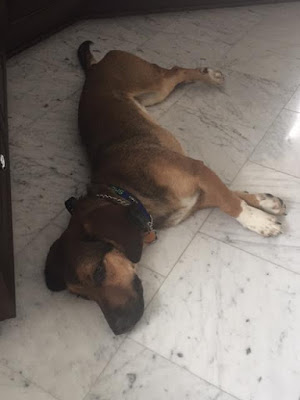 He also loves the radiant heat floor in the bathroom. 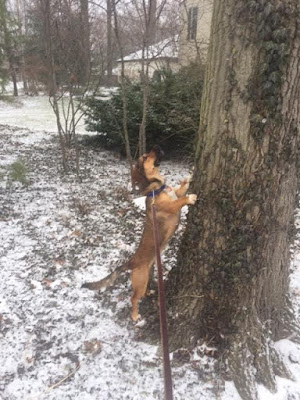 Many a time, I'll try to distract him from the varmints. This time, I ran with him to the tree, just to bring out his dog instincts and let him feel in control. 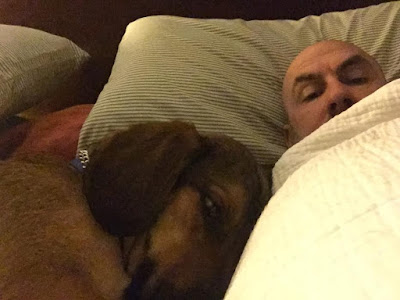 Bed time snuggles.  It might be my favourite time of day. 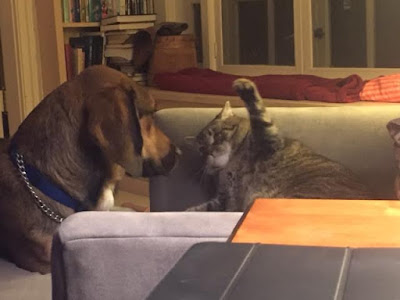 Make no mistake - Sophie has the upper paw.

She puts up with a lot from Shep, and she had been taking refuge as needed. The other night, she decided she wasn't going to take it anymore. Shep got whapped and he had no idea what to do about it.

Shep is also a talker.

He's a barker too, but he talks. No idea what he's saying or what he wants, but it's fun to engage him.

Looks like bark and tail are at odds with each other.
I'd find cats giving dogs a wallop funny were it not for those claws - especially when they go for the eyes. Perhaps Sophie keeps hers sheathed before hitting out?

be careful of those sharp claws, shep. they mean business.

I get on very well with anyone who appreciates the benefits of a heated bathroom floor.
JP

Pet photos are always welcome. I liked most the two of you in bed. Man and dog are one, as we say here.