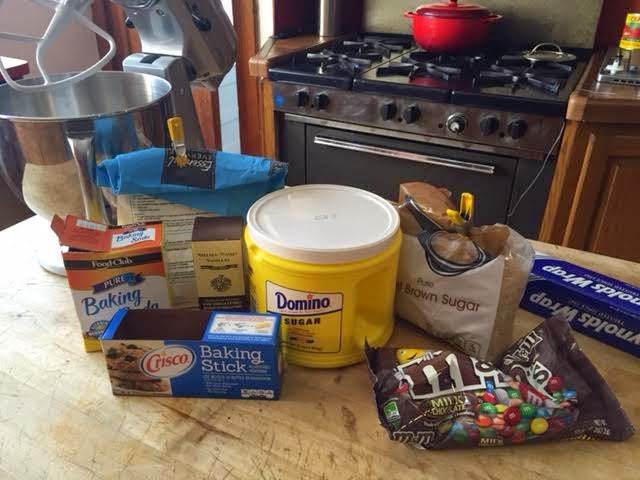 Since paying off the Oscar contest with Mike -and he with me - I've been intrigued with eating my own feelings baking.

I think I mentioned I attempted another batch of chocolate chip that came out much much better than that first go around.

710 mentioned something about M&M cookies, and I filed it away for a later time.  .....but only like a week later.

Save two ingredients - one being the M&Ms, I had all the stuff. So why not?

There are a fuck of a lot of recipes out there for these types of cookies and they vary greatly. But I found one I liked more than others - though there is no rhyme or reason for this. Like Boston sang, it was more than a feeling.

The reviews made me cringe and laugh. "I followed it to the recipe to the letter - though I added more vanilla, more flour, lowered the temp and cooked for less time".

Honey - and you know it's a woman - that is not to the letter. It's like people who say "literally" when they have no idea what that means.

The one change to the dough (and I will get to that) made said dough way easier to work with. Though since it was so easy, it was easier to use all the dough for cookies and not eating from the bowl.  So it was a win-lose.

I would have thought that with M&M cookies, the brown sugar would be less than the chip cookies, but not so. And less white sugar too. Who knew?


I didn't duplicate all the pics from my last baking adventure, but the first three are pretty much the same.

The recipe called for a full cup of Crisco (who knew you could use it for baking too???), but I saw some who did half butter, half Crisco and that seemed better to me. I don't know why - I have no knowledge base with which to back this up.

Still the sugars, Crisco and butter went in and I creamed it for 4-5 minutes on medium speed. Then the eggs and vanilla went in on low. I scraped down the sides of the bowl and one quick incorporation and done. 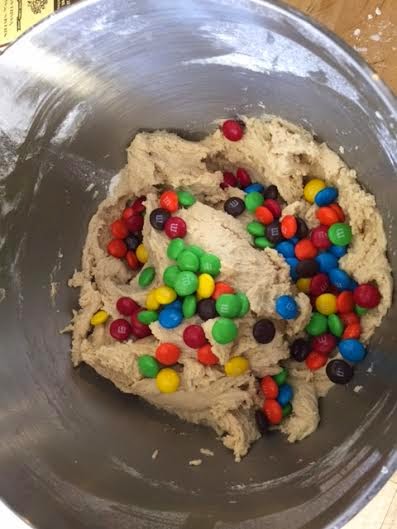 The recipe said to add 1/2 cup of M&Ms to the mixture, but by all accounts, people said that wasn't enough and added 3/4. That still seemed iffy.  Fold them in, don't use the stand-mixer. 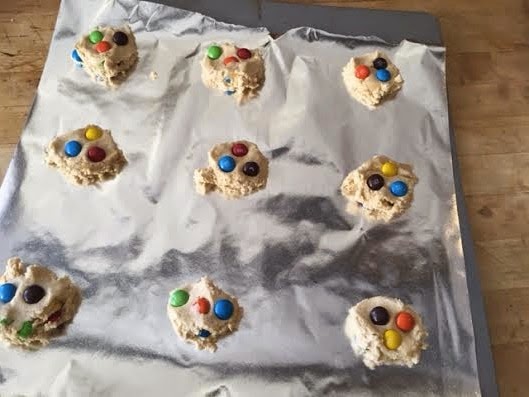 This time I used parchment paper. While it seemed to work better for baking, I forgot it made
clean-up a fuck of a lot easier. 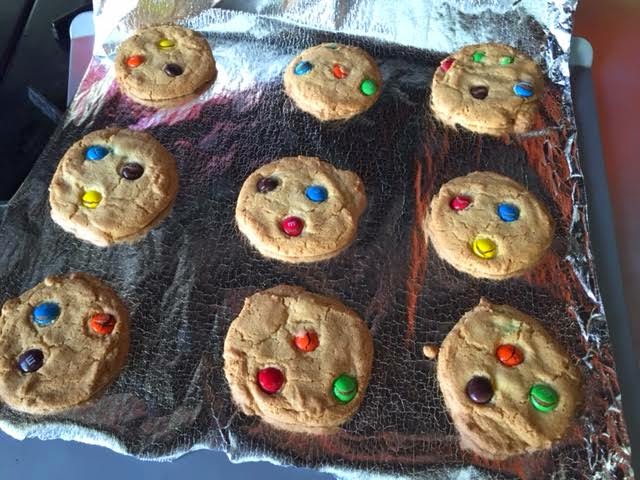 The recipe says 10-12 minutes at 375F.  I see why people went to 350F. While they were supposed to be brown only on edged when you take out and they set-up afterwards - 375F made them finish in the oven. So I immediately took them off to the cooling rack to decrease any additional external baking time. 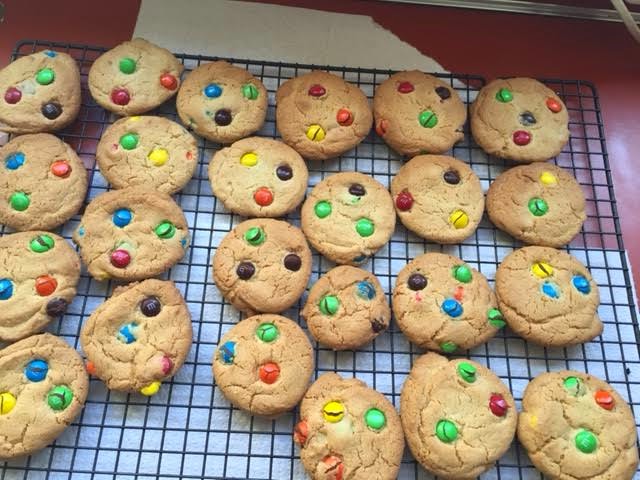 They tasted better than a lot of store bought, that's for sure. I guess I could learn to tweak this, but we'll see. I'm not sure we need 3 dozen cookies sitting around the house at one time.

I would substitute butter for the crisco, use 1 tablespoon of vanilla, and use the mini M&Ms. but yeah, they look dee-lish! good on ya, blobby!

I was already thinking butter in my head before I got to the part where you added it. Good Job!

Butter gives a unique taste, that is totally worth it. It's like when you cook, you should use both an oil (olive, natch) AND butter. Never margarine, tho.

It's been ages since I had a cookie, let alone make some. Yours look cheery and delicious.

Use coconut oil instead of Crisco.

"The recipe called for a full cup of Crisco (who knew you could use it for baking too???)" This made me ROFLMAO - literally!! My ass is now on the floor instead of behind me.

When it doubt about which recipe to use, I always go with Ina Garten's recipe. You can just look at her and know she knows good food.