Colder Than the Coldest Winter was Cold 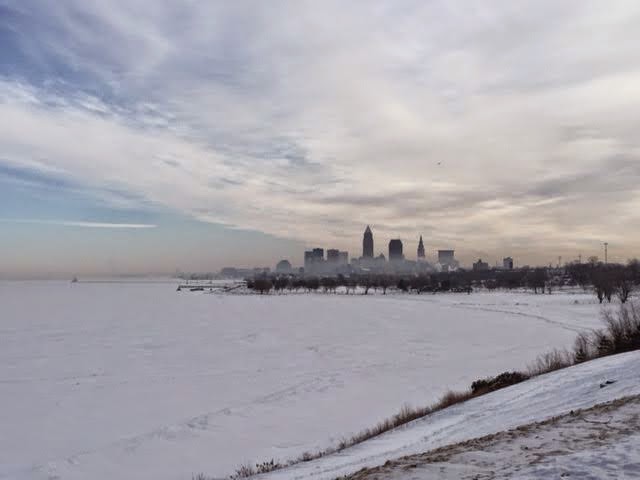 A 140 year old record was shattered - and I'm not just talking about Betty White's television career.

No, February 2015 was the coldest month on record since 1875, which coincidentally was when Ms. White first appeared on Password.

I'm finding this hard to believe, as I am having a hard time remembering any days above 14.3F to make an average of that high.

It seems we have been hovering at the 0F mark or lower for 2-3 weeks solid. It's bad enough that my ever-frugal sister (and her husband) jumped on a plane two days ago, to go south for heat. No 2-3 week booking out for a better fare, just two days before. Good for them.

I suppose, technically it did get up to 18 yesterday, but it certainly didn't feel any warmer than single degrees.

Oddly enough, until this week, I was doing pretty well with the weather. You know I'm a pussy when it comes to the cold. I don't mind the snow, but the frigidity of Winter bums me out. But oddly this year hasn't felt bad - at least for me. It's been somewhat tolerable - perhaps because last year's Winter started in October and went though April. At least this year we didn't start until after Christmas.

Yet, at my breaking point am I.

Still our snow fall is nothing like last year - or Boston this year. Last year was our fourth snowiest Winter on record. The sad thing is: I've lived here for 3 of those 4.

So perhaps, we are entering March like a lion. At least in theory. In reality, we could end the month in a much worse weather situation, so sadly this could be a lamb.

I'm pretty much over winter. Ever again. While I know it's nothing compared to you guys, we were supposed to get less than an inch of snow yesterday. Which turned into 5". Considering there is no real infrastructure in place to handle it, everything around here shuts down. Ugh.

I have had it with the single digit/teens temps too. my lungs hate me. I have not seen any spring flowers yet.

yet tomorrow is the first game of grapefruit league baseball! so there is hope for us here!

We had a few daffodils sprout up ... brave little suckers.

And, while we haven't been near as cold as some of you, the other day, while driving home from work, I glanced at the temperature in my rearview and thought, "Wow, it's really getting warm."

Yeah, I planned my trip into Virginia the last week of February cause the "worst would be over". I've lived in SoCal too long to remember I believe. I get to fly through Chicago today. Wish me luck.

77 degrees here in AZ today, and everybody has been freaking out this week because the streets got damp (it rained a little)

Do come visit Phoenix. It is only highs in the upper 60s this week but I think this would feel tropical for you.

Sounds like you need to go on a trip to some place warm to keep you from going on a killing spree.

We had our coldest February ever. Average temp -14.7C, not sure what that is in F, maybe 6F or so. IT SUCKED. We are finally going to be above freezing Sunday for the first time since December I think.