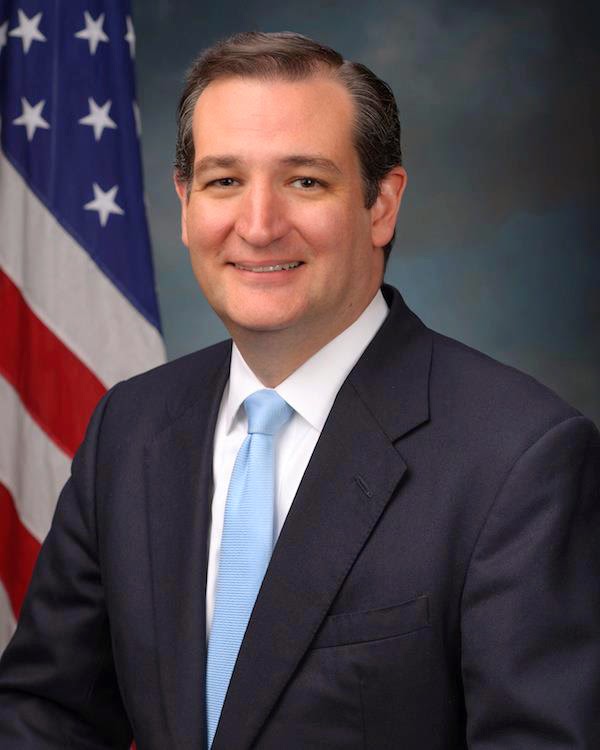 I don't actually believe Ted Cruz wants to be President - at least this election cycle. There is nothing in polling data that has him even having a remote chance at taking the nomination, let alone winning a general election for this office.

Of course, weirder things have happened, I suppose - and who knows what the 2016 flu strain will hold with all of the other hand-shaking / baby kissing candidates. They just might all drop over.

Naturally, wide spread GOP/H1N1 flu would be the best case scenario - at least if the culminated in multiple fatalities. And even if Cruz was the only one spared, I'm thinking that Edwin Muskie could beat him in a general election, and he's been dead for almost two decades.

Depending on witch Straw Poll data you see, Cruz finishes first......or third. Those first place finishes were conducted in 2014. The most recent ones have Rand Paul in first place.

Clearly I don't understand basic U.S. citizenship - but I'm a white American male, so I don't have to. Born in Canada, he's allowed to run for U.S. President. I get his mother was from America, but so was Obama's and yet.............    Well that is one for Donald Trump to figure out.

Of course, he renounced his Canadian citizenship (which I'm sure that country was more than happy to FedEx that paperwork to him at their own expense), so he probably has no issue with running, but it should be fun to watch people ask him about it time and time and time and time and time again. Or will the Birther's be conspicuously absent with this one.

No one in the Tea Party will ever blame him for the $24 BILLION shut down of the U.S. Government. No, that won't happen. But perhaps the rest of the actual GOP might - if they are to distance themselves in hopes of a possible win.

I did love how Cruz announced his candidacy early - so he got the news cycle for 48 hours. But I don't think that is sustainable. I love how he did it at Liberty University (as anyone ever checked his church going attendance record?), and that Liberty made it a mandatory attendance event for their students, or they'd be fined!!!!!!!  (to be fair, that is true of all of their Monday convocation sessions.)

I love how some subversive students actually went, but clearly didn't support Teddy boy. I'm sure the offending students will be docked a letter grade for that. 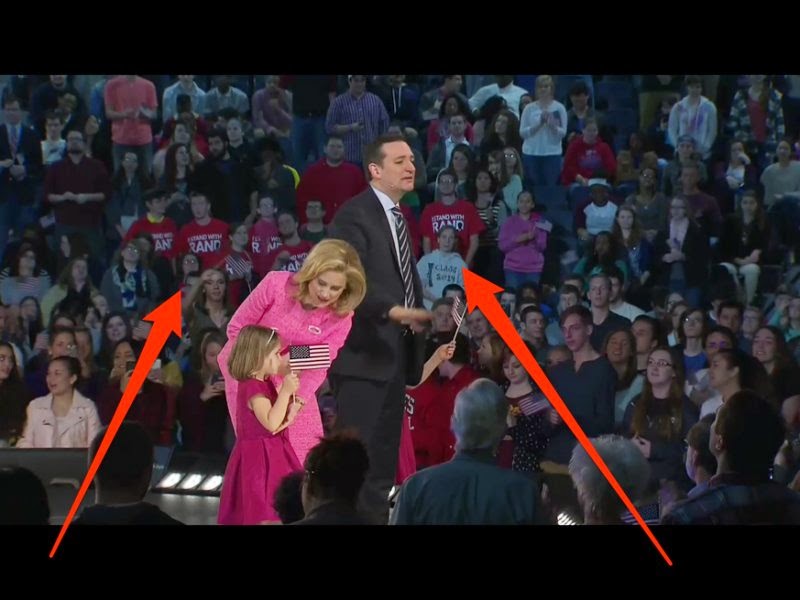 I love how in his official picture (atop), he looks like he is losing the battle at keeping in a slow leaking fart.

I love how he is the first to bring up 9/11 and that since then, he has only listened to country music. Dude - you can get your head out of Toby Keith and Charlie Daniels asses now. Stop the puckering.

I SUPER Love that Cruz wants to take aways the ACA. I get that. He's "fiscally conservative". He thinks healthcare should be 'personal, portable and affordable'.......which we know have. However, he has yet to say how he'd achieve his goal, should he actually be able to repeal the ACA.

But the SUPER part comes from that: well.....Ted Cruz just signed up for Obamacare because his wife lost their benefits when she left Goldman Sachs. Sure, he could have just paid a higher rate and not gone through the exchange........but he didn't. So he'll have to answer for that.

So will Marc Rubio - another advocate of repealing the ACA, but who signed up through its exchange.  Yet, the "liberal media" isn't really reporting this or badgering either of them on this. Liberal Media, my ass. Pussies - all of them.

(Of course, one must assume he's going to join just so he can vilify the program as a participant.)

But for the "party of inclusion", Cruz is not of that party. Women's Rights / Women's Health / Equal Pay?  Nada.  LGBT rights?  Nope. Immigration reform (you know, allowing Canadians across the border)?  No can do, daddy-o.

Even if you wanted the Hispanic and Black vote, your voter suppression laws have made it much harder for anyone to cast a ballot your way. But you don't really want "those people" in your camp - do you, Ted?

The party is as it ever was: white men who are at least in the upper 10%. That's how Ted is a man of the people. He's not just looking out for the 1%, but for another full 9%.  Beat THAT Jeb!

Cruz is all talk. All hot hair. All gas. The kind of that gives me indigestion.....just like his official portrait makes him look.

Cruz is out of the gates early, but what that usually means in presidential candidates is that they are the first to disappear.   ....at least for the 2016 cycle.

Song by: Herman's Hermits
Posted by Blobby at 12:06 AM

that snapchat pix says it all about this POS!

Tom Cruise has a better shot at the presidency.

I drove past liberty university a few weeks back when visiting my parents as its only an hour from their house. I don't like that place. Creepy...kids from my high school went there, they came out creepy.

I can't make up my mind whether or not he is stupid. There is a part of me who thinks he is brilliant in how he does things; and there is another part of me who sees him as one of the stupidest dimwits

I think this is a well-orchestrated plot. Get a hateful candidate in early to disturb your base voters, then offer them a "better" candidate later to rally everyone around.