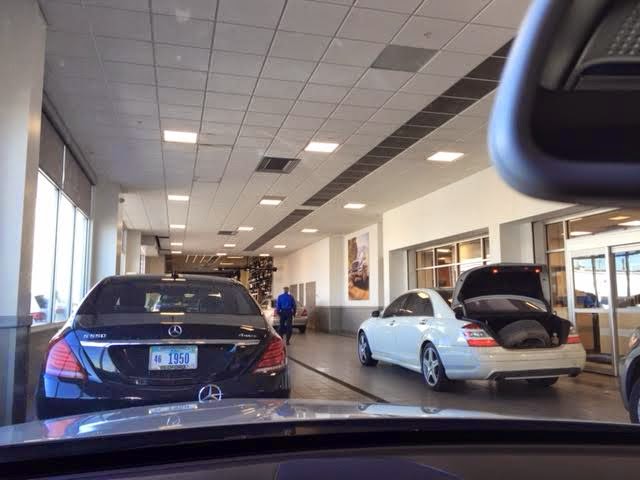 ...and while that could just be my everyday state of mine - to which my amigos will gladly attest - this time it is more specific.

The entire scenario is a repeat from August: Minimal to no power in the car - while starting from a light or stop sign, the unhelpful service 'girl' who said she could take me on Thursday (this was Monday), and the indignant Blobby who - in much nicer words - told her to 'fuck off'.

Damn right it was ok.

I had the same service guy (who miraculously was there at 12:30p - not 3p - when I pulled in) with the same lame ass excuse about the service letter that they had received on this problem. Again, since it wasn't a "safety issue", the owners of the vehicles are not informed. I still argue that losing power while driving or at a major intersection IS a safety issue.

Again, I'm very unimpressed with Mercedes Benz's customer service. I assumed (ass / you / me) that being who they pretended to be that they'd be superior.  WRONG.

And you know, to add insult to injury, they had no little bottles of water w the MB logo on them. JFC - this is called 'service'????

I got the loaner, and unlike last time when I got the GLK - which I only think I liked until I got my car back - this time I got the C300. 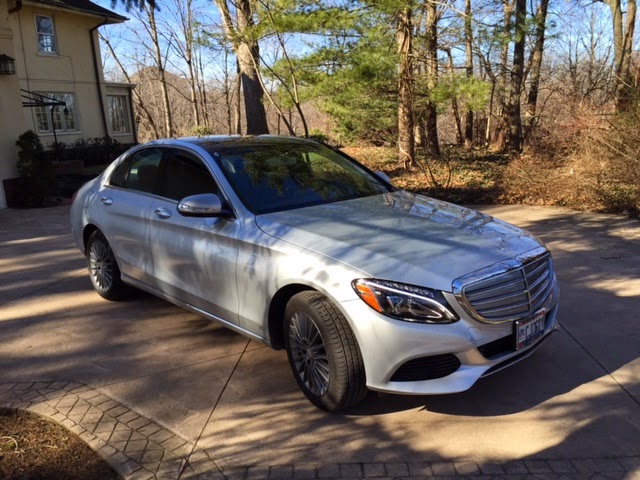 Slightly longer and wider than my car, it drives soooooo much nicer.

Mine is sporty and meant to be lower, louder and a tighter drive. This was like riding on a cloud. And that's not a bad way to go. The car was nicely appointed (though the wheels were f'ugly) and I was truly digging the ride.

But now the car has not only a knob for navigating stuff (which I thought I'd hate, but kind of like), but it has an actual fucking track pad. 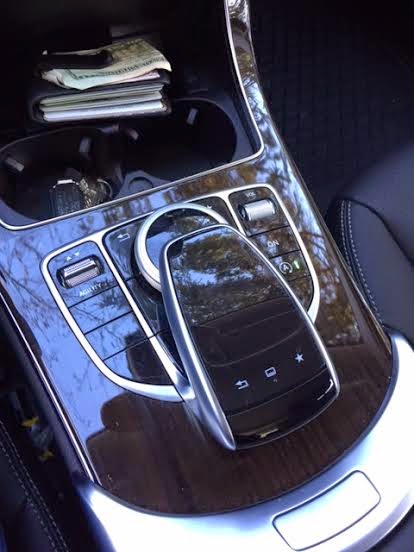 I can change .mp4 tracks or the radio with a swipe of my finger. And let me tell you, I figured that out about 2 hours before I could find the volume control or how the a/c / heat worked.

....and I'm really not paying that much for the shitty service MB has provided so far.  (btw, I'm STILL waiting for the sales guy to call my insurance company, like he said he'd do, to let them know of my new purchase. I'm also STILL waiting for him to come program the car with my garage door codes.)

Even with my Infiniti, when the car needed serviced, they brought me the new car and took mine back with them - and reversed the process when the job was complete. I've gotten no such offers from Mercedes of Bedford (that's right, I'm calling them out!).

No apology for inconvenience, though I suppose to say 'sorry' would imply fault with these folks. But I was in no mood to say 'thanks' or 'no problem' either.

I am so waiting to get my after-service survey from MB. I won't hold back (I know, shocking - right?), though it is doubtful they'll follow-up with a dissatisfied customer, if history has shown me anything with this brand.


Did I mention I was annoyed?

OK, bitch. simmer down! Might I suggest you get laid?

A good dealer can make a world of difference, is there another dealer in the area you can try?

I think that pisses me off the most!

Gurrrlll. You need to sell that car to Carmax and get sumpin' else.

A good dealership makes ALL the difference! The BMW/MB dealership where I had my car serviced isn't cheap, but they have AMAZING service.

The only cars we have had that were bigger problems than our 2 MB, were our two BMWs.
We now have a Ford, a Toyota and a Lexus. All great cars without the service issues.