Tie Our Love (in a Double Knot) 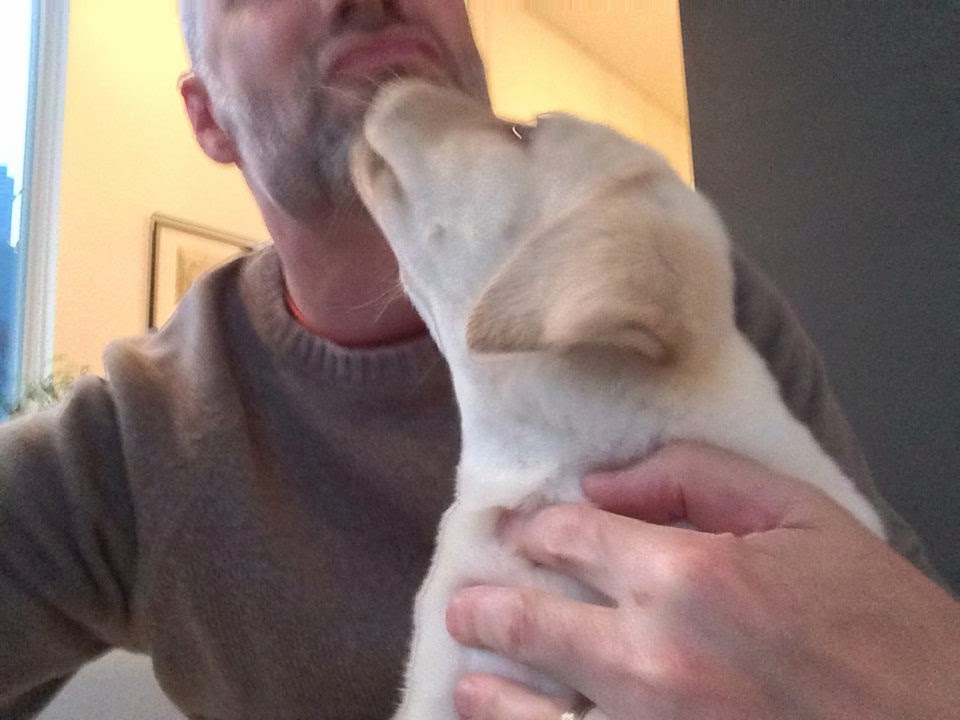 Well, first off - I didn't see anyone else participate (again!) in the 4th Annual Academy Awards Guessing Game®.

What's with the holding back folks? Are Mike and I too entertaining for you? Too scary for you? Are you just that lazy?

I'm throwing out blog entry ideas for you, and no one is taking the bait.

Mike did get me his selections a few days prior to the telecast. We did not differ on much at all.

On only eight of the 26 categories did we choose different selections. That left us very very little wiggle room for a win - but that seems to be par for the course.

And most of our joint selections actually were mostly on the money, until the very end.

Save Patricia Arquette, Boyhood got completely shut out. I have to say, that surprised me. Maybe it was released too early in the year and used up all of its buzz before award time. Maybe people aren't ready for a movie that is a journey - and one as uncomfortable as having to relive their adolescence.

While I really liked Birdman - and going by Facebook comments, I might be one of the few - I didn't really expect it to be best picture. Neither did Mike, though he did nail it for best director.

We both also lost out on Michael Keaton as best actor. Mike "claims" to almost have voted for the Stephen Hawking impersonator, but who knows. I did put it (in print - thank you!) as my caveat to a Michael Keaton upset.

Mike seemed to drop all resentment towards me during the show, as we exchanged messages back and forth. Honestly, I think he was just making sure I had the tally up to date and correct, but if it helps us have a civilized two-way conversation, perhaps there is hope for rebuilding our friendship yet.

Here he is (in the title image) getting love from at least someone. Well a puppy. But don't be fooled, I'm 89% sure there is peanut butter on his chin is his attempt to be a nominee for best 'visual effects'.


While I like NPH, I found the show to be a bore - and long. Long. Long. Long. And what was with all the mid-80's music interludes as presenters and winners came and went? "Against All Odds"? "Take My Breath Away"?  "the Theme from S.W.A.T."?   nahhh.  just kidding on that last one. That was from the '70s.

And honestly, Lady Gaga? Facebook is ablaze of 'how great' she was. (s)He was fine (I still think 'she' is a dude), but I had to laugh that the big surprise of the night was that someone could sing. (which is more than you could say for Maroon 5's horrible horrible horrible performance.)

Oh and Streep drew the short-straw having to sit next to J Lo. And folks were upset that Joan Rivers wasn't in the 'in memorium' set. She played a robot in Spaceballs. She commented on actor's fashion, I'm not sure that makes her worthy. Harold Ramis wasn't there either and he did a lot more in the movies than Rivers.

Anyway, as for ticking off the categories, I eked ahead for about the first hour. Then we tied. Then Mike eked ahead. Then tied. Then me.  .....and then......yes Mike caught up and.......three out of the four years:

The Results (for auditing purposes)

See? We have very few conjoined losses. It might frighten both of us to think we think this much alike. It should really frighten our respective partners (who have actually met each other!).

But, see the blog tags? I put 'friends'.

Because for all the razzing I give Mike (and he me?), it is all out of love and friendship. And somewhere - way deep down -  I think he knows that. Oh, he'd never admit it to you, and definitely not to me, but I know it's there.

Last year I asked for best out of five, so maybe I can squeeze one more of these things out in 2016. But I'm not counting my chickens - hatched or not.

Both Mike and I are doing the grown-up thing.

Since neither of us won, we are exchanging a batch of cookies to the other. Chocolate chip. Crispy, not burned. No nuts.

And that's how I'll know he likes me. He really really likes me.

Song by: Dolly Parton
Posted by Blobby at 12:07 AM

Sorry. I would be lousy at guessing winners. I haven't seen any of the movies. Having said that, I pretty much get all my oscar news from your blog, so at least I've HEARD of the movies.

lazy and I just don't give six shits about "the oscars".

Joan also directed the movie 'Rabbit test' back in the 70s ... I think it was.

They also left off Elaine Stritch.

Joan's getting more attention for having been left off the list so I think it's better for her.

Yup, sorry I don't see enough of the movies to get into a guessing game. I still haven't even seen a list of the winners two days later.
Of the few I saw I can say that while very well directed and wonderfully acted, Birdman was a movie I could have done without. A movie full of ALL self absorbed negative narcissists just ain't my thing.

It was BORING... and Birdman confirmed to me that all actors are crazy (like you).

I wasn't glued to the show since I didn't see ANY of the nominated films, but I watched it off and on until I went to bed. But I have to disagree with you on Lady Gaga's performance, which I thought showed real range, control and actual singing talent. See my Mon post.

I agree that Maroon V's performance was bad/odd. Not Katy Perry bad, but not up to standards because I think A. L. can really sing well. I disagree with you on Lady G.G. I thought she was fab.

For me to participate, I'd have to have watched a movie made this year. Or last in this case. And considering I'm just getting around to watching movies from the 80s....