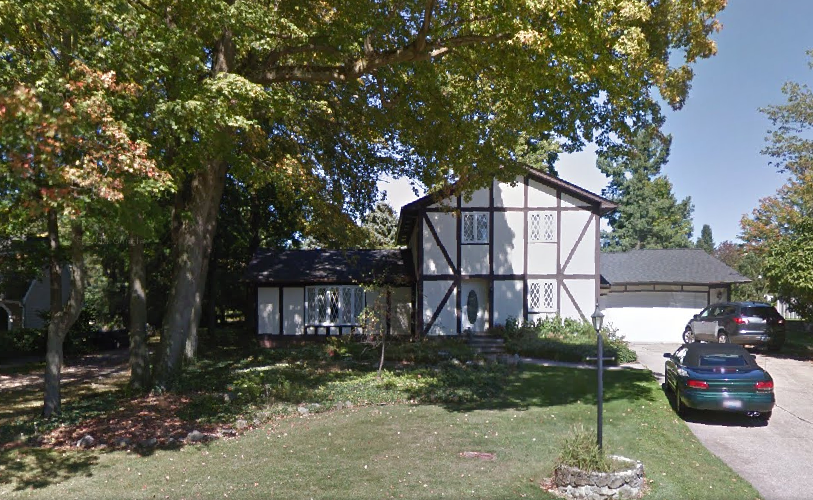 I've mentioned before my lack of social cues and me trying to change them.

I failed last week while going to those calling hours. But on the other hand, I went to the calling hours, which is a huge stride for me. And last year, I rewarded our friends and neighbors for finding an escaped Petey.

So, slowly but surely, I'm learning. Or at least trying.

This last weekend, we went over to my mother's house. We didn't make it there last week due to a Winter storm. But this week, we wanted to stop out since it is a few days post-Buddy. Overall, she's holding up well.

As we pulled into the drive, I saw a man across the street shoveling his drive. As 710 walked into the house, I said I'd be there in a few minutes.

In the section of street where my mother still lives (and has for 46 years) there are only four houses of folks who are original to their 'hood. I know no one else on the street. But the young couple who bought the house across my mom's moved in right before my father had taken ill last April.

They had seen the comings and goings of the ambulances from time to time and then came over to check on my mother to see if she or my father might need anything.

I found this to be extremely nice and out of the ordinary in this day and age. Especially since not only did they not know my parents, but there was a good 50-60 year difference in their ages.

Still, this was the first time I had seen anyone outside the house, so I made my way over, just to thank him for being so kind to my mom.

As I was talking to Matt, his wife came out to help with the shoveling and she joined us at the bottom of their drive, so I got to meet Stephanie too. Knowing that she was the one who had been over a few times, I'm glad I was able to include her and not just have it relayed later.

They were both appreciative that someone (other than my mother) took notice.

....and then it got weird...and my social ineptness came back into view.

Stephanie asked a very sincere question: "so how is your dad doing......"

Mind you, they're not friends of my parents, so there'd be no way of knowing. And it was the wee hours of the morning when the funeral home came to pick up my father almost six months ago, so they'd never have seen that activity either.

While I very politely informed them that my father had died back in August, I could see both of their uneasiness. And I felt uneasy for them - though as I said, it was sincere and no way of knowing. It just felt that the awkwardness kept ping-ponging back and forth between us.

But Stephanie asked if we could exchange numbers, so if there was anything I needed for my mother, she was happy to do or if she needed to get a hold of me for any reason, she could.

I thought that was incredibly generous. And while one of my sisters lives 10 minutes away, sometimes a quick call is even better. So we did that.

Since I didn't tell 710 what I was doing, and my sister and brother-in-law pulled in while I was doing this, I'm sure the kitchen was abuzz of my activity.

So my mother thought it was nice of me (and it was!) that I went over to say 'hi'. I think both my mother and sister gasped then laughed at my alleged response when I told her they asked how dad was doing. I told her I told them "oh - he's still the same....".

I guess I'm being less inept, but clearly I still have a way to go.

Them not knowing your father had passed is the exact reason you needed to be talking, thanking and sharing numbers. Neighbors need to know each other, otherwise the disconnect. I'm the neighbor across the street from an elderly couple here. They have helpers in and out but there was a gap the other day and one fell. I was there in a minute when the other called me for help. I don't know everything that goes on over there, I just need to know when I'm needed to help out, which I am more than happy to do.