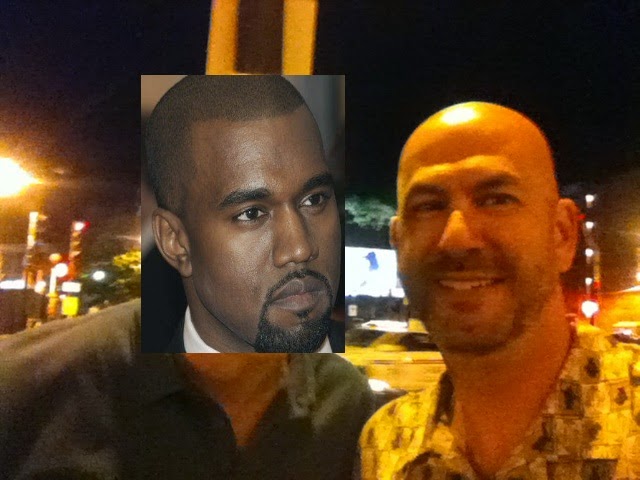 You know, I had a really nice post drafted for our Annual Academy Awards Guessing Game®, but then Mike has to go ruin it all, by out of the blue, calling me a "douche".

Just when his nursery school teacher started to say he  "played well with others", he goes and shows his true colours......and not the Cyndi Lauper kind.

Mike tried to pass it off as trying out his "French', but that's just his passive-aggressive nature.

So the gloves are off. Mine are more the boxing kind, his are more the lacy fingerless ones (which is why he always dominates the costume design categories!).

I suppose if this were Little House on the Prairie days, Mike might be dipping my pigtails in the ink wells or pushing me down on the playground to faux-prove how much he "didn't" like me.

Our petty squabble aside, you're all still invited (and encouraged) to play along in the 4th Annual Academy Awards Guessing Game®.

If you're a blogger, you can post your selections on your own site - or just in the comments of this post. Whichever is easier. You can even copy and paste the ballot below or just type in your selection and not the entire nominee list.

Seeing all the movies is not required. I'm guessing the folks who actually vote in the Academy have not seen most the stuff for which they are making their selections.

I haven't seen many of the performances. And from the short collections, just clips on YouTube. A theater here is showing both animated and live action shorts, but at the most inconvenient times - and not even together. So one gets to pay full admission for 5 animated clips that last no longer than like 7 minutes. What a deal!

So yeah - it's a guessing game. Come guess with us. You win nothing*, but it gives you bragging rights - and if you're a blogger, it provides you at least with one post, if not more.

Selections must be posted by Sunday at 12:00 EST.

I saw five of the eight. Not horrible. Loved them all in their own ways. But I still think that Boyhood was clever and something totally new in filmmaking. It wasn't suspenseful, it wasn't exciting. It was just a journey from childhood to adulthood, which kind of made it a brave thing even to make.

I was torn on this. I think Cumberbatch might have done a better job, but I think Keaton will be the sentimental winner. And I'm not voting for whom I liked the best, just who will win. This is a contest, don't ya know. If it were by performance that I liked the best, it'd have been Cumberbatch. Redmayne has been winning a lot of stuff w his role, so I might be wayyyyy off here.
Supporting Actor
Robert Duvall in “The Judge”
Ethan Hawke in “Boyhood”
Edward Norton in “Birdman or (The Unexpected Virtue of Ignorance)”
Mark Ruffalo in “Foxcatcher”
J.K. Simmons in “Whiplash”

J.K. Simmons was phenomenal. He was a total asshole, but so good at it. I actually like Norton's performance too, but not to be surpassed by Simmons. Hawke might have had the least impressive role in Boyhood - not that he was bad in it. I don't get why Simmons is in this category though. By my estimation, I think he should have been the Lead Actor slot - and could still have won that.
ActressMarion Cotillard in “Two Days, One Night”Felicity Jones in “The Theory of Everything”Julianne Moore in “Still Alice”
Rosamund Pike in “Gone Girl”Reese Witherspoon in “Wild”

No one saw Cotillard's movie - though I love her. Reese already has a statue. Moore does not - though few have seen her movie either (as it wasn't released to many markets until mid-February). But Moore is pretty excellent in just about everything she does, so I say, let's give it to her.
Supporting ActressPatricia Arquette in “Boyhood”
Laura Dern in “Wild”Keira Knightley in “The Imitation Game”Emma Stone in “Birdman or (The Unexpected Virtue of Ignorance)”Meryl Streep in “Into the Woods”

No on Streep. She was ok, but I'm not sure even nominee good enough. Stone was good, but it was a limited role. I really liked Arquette's role, until I saw Knightley's performance. I liked her's better, but I think Arquette will win. She's riding the Medium Boyhood wave.
Animated Feature“Big Hero 6” Don Hall, Chris Williams and Roy Conli
“The Boxtrolls” Anthony Stacchi, Graham Annable and Travis Knight“How to Train Your Dragon 2” Dean DeBlois and Bonnie Arnold“Song of the Sea” Tomm Moore and Paul Young“The Tale of the Princess Kaguya” Isao Takahata and Yoshiaki Nishimura

You'd think with picture and director the award would go to Linklater or the Birdman guy. But I think for originality it will more than likely go to Wes Anderson & co.  (though Dan Futterman is really cute.)
Cinematography“Birdman or (The Unexpected Virtue of Ignorance)” Emmanuel Lubezki
“The Grand Budapest Hotel” Robert Yeoman“Ida” Lukasz Zal and Ryszard Lenczewski“Mr. Turner” Dick Pope“Unbroken” Roger Deakins

I hate selecting it. I didn't see it. I'd never see it. But it's war. It's gun fire. It's back and forth between war and home life. I'd rather give it for Grand Budapest Hotel, but I'm trying to win here.
Foreign Language Film“Ida” Poland
“Leviathan” Russia“Tangerines” Estonia“Timbuktu” Mauritania“Wild Tales” Argentina

I think it comes down to my pick and Into the Woods. But the hotel, the prison, the bakery, the monestary, the ski scenes.....I think Grand Budapest has it wrapped up.
Animated Short Film“The Bigger Picture” Daisy Jacobs and Christopher Hees“The Dam Keeper” Robert Kondo and Dice Tsutsumi
“Feast” Patrick Osborne and Kristina Reed“Me and My Moulton” Torill Kove“A Single Life” Joris Oprins

The clips I've seen of all of these make them all look great. But some of the animation with the Dam Keeper is spectacular. Some of the images look like paintings.  Feast (Pixar!) will most likely win, but I'm going with my gut - because it's about a bullied pig. ....and because of the images.
Live Action Short Film“Aya” Oded Binnun and Mihal Brezis“Boogaloo and Graham” Michael Lennox and Ronan Blaney
“Butter Lamp (La Lampe Au Beurre De Yak)” Hu Wei and Julien Féret“Parvaneh” Talkhon Hamzavi and Stefan Eichenberger“The Phone Call” Mat Kirkby and James Lucas

Hans Zimmer's score for Intersetellar sucked balls and the sound was so overbearing and muddied at times (on purpose), they'll fail here. I'm giving it to Birdman bc it is the only other movie I've seen in this category.
Sound Mixing“American Sniper” John Reitz, Gregg Rudloff and Walt Martin“Birdman or (The Unexpected Virtue of Ignorance)” Jon Taylor, Frank A. Montaño and Thomas Varga
“Interstellar” Gary A. Rizzo, Gregg Landaker and Mark Weingarten“Unbroken” Jon Taylor, Frank A. Montaño and David Lee“Whiplash” Craig Mann, Ben Wilkins and Thomas Curley

The street noise, the music mixed with the dialogue was great. Both 710 and I commented on it after the fact.
Visual Effects“Captain America: The Winter Soldier” Dan DeLeeuw, Russell Earl, Bryan Grill and Dan Sudick“Dawn of the Planet of the Apes” Joe Letteri, Dan Lemmon, Daniel Barrett and Erik Winquist“Guardians of the Galaxy” Stephane Ceretti, Nicolas Aithadi, Jonathan Fawkner and Paul Corbould“Interstellar” Paul Franklin, Andrew Lockley, Ian Hunter and Scott Fisher
“X-Men: Days of Future Past” Richard Stammers, Lou Pecora, Tim Crosbie and Cameron Waldbauer

It'd be great if Captain America won since it was filmed here in Cleveland, but it won't. Interstallar will, though since they took my money  - robbed me, in fact - I'm not sure I like selecting them. And it would be great if Ian Hunter won, but I doubt it is the same Ian Hunter of which I'm thinking.

Good luck to all. I do hope some of you participate. I'm posting today to give you a good three posting days to get yours up on the boards.

Unlike last year, I will wait a day AFTER the show to post results. If you remember, last year I posted too hastily, and was taken to task for "cheating" when it was just an honest mistake. To hear Mr. Mike tell it, he'd have you believing I was Lance fucking Armstrong. So this year, I will contract with PrieWaterhouseCoopers to tabulate the results four or five times before declaring a winner - should there be one.


* Mike has offered (well, to me) that a batch of cookies go to the winner. On the surface it is a nice gesture, but I now fear victory, as he even determined the type of cookie - chocolate chip. I see mine being laced with Ex-Lax,  should I take top prize.

My how you do go on….and so sensitive. I would have figured this cold winter would have toughened you up a bit. Oh well.

It’s a delight to join your annual Oscars contest. As you note, a batch of chocolate chip cookies awaits the winner. How exciting to know that cookies will be coming my way!

There you have it...my 24 picks....8 are different than yours. I'll be watching on Sunday night....probably fasting so i have room for the cookies. Good luck!

You do a fine job with this; may I simply agree with your picks ? Lazy bum that I am.