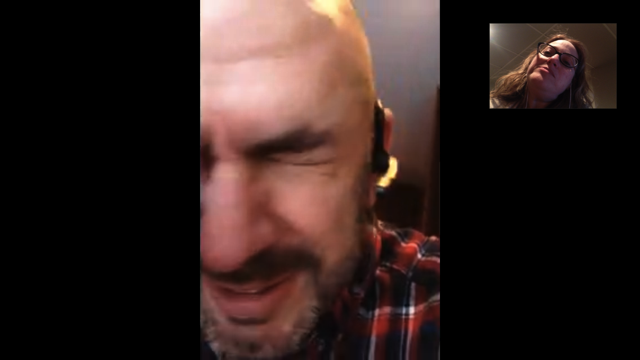 Yes, the question is rhetorical.

But with that knowledge also comes with the fact that the homo by-laws have been updated to watch a pre-determined amount of either Food Network (the cooking shows, not the competition shows) or PBS for Lidia, Sara Moulton or Cooks Country / America's Test Kitchen.

Now during these shows, mostly the Food Network ones, it's a little more basic, and if Ina Garten has taught us anything, is that 'clean hands are a cooks best tool'.

Of course, while I know that, one has to apply that for it to be effective.

And it is not that my hands were dirty. So - don't be that grossed out, but still cardinal rule was ignored.

My friend and wedding honour attendant, Rebecca is rifling through multiple ideas for doing podcasts. She axed me if I would was willing to be interviewed. Well of course I was.

A. I'm all for helping out a friend, and I love her.

B. I'm all about the attention, so sure, why not be interviewed?


The appointment was made for 17:00 yesterday. At 16:40 I thought I had better start dinner, just because I know I'd get distracted. Since I was making Chicken Tortilla Soup, it would overall be easy. Becca texted to see if I was ready and I said I needed 5.

Ya see......right before Becky called, I did the last thing for my recipe. The one thing in that linked post I did not do last time: add jalapeño.

The problemo was, I didn't wash my hands after cutting and adding the jalapeño. So, ouchy.

The thing is, I thought I could power through it. You know, make my eyes water enough to rinse it out. No can do, baby doll. No can do.

So while we were FaceTiming I walked to the kitchen to do....something. I didn't know what, but in theory, in the pain, rinsing out the eye seemed about right. But I didn't think this through.

If you've ever eaten spicy food, the worse thing you can do is drink water. It aggravates the situation. So as soon as I doused my eye with water, it was like a million.....nay....trillion....daggers in my right orbital. 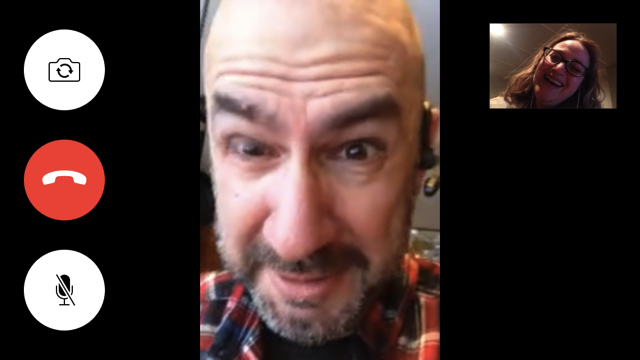 You can see how fucked up my eye (my right, on your left) is looking. It hurt, but it was so much more painful when attempting to open it. And it was just an attempt.

Seriously, the pain was so bad, I wasn't sure what to do. While clearly we were still talking and the podcast was still going, I made Becky Gooooooogle what to do, as driving to an emergency department was out of the question. She kept insisting on saline, but more water and adding salt seemed painful at best.

Her web search brought up milk. Whole milk, preferably, but all I had was skim. Milk to go in the eye.

It immediately helped......for 4.7 seconds each time. But I was pouring it out of a bowl. I know, I know....but it was right there and I could not see a thing. Of course, Becky mentioned a shot glass, so I found one and..... 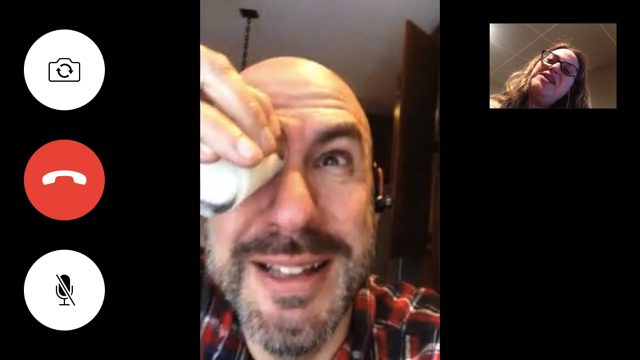 ....well she was there to screen capture it all. All the while telling me this is the best podcast she's done yet.

It took a few tries until the pain in the eye started to lessen. Oh, and I forgot, the pain was all over the right side of my face. That's right - if my face hurt, it was killing you.

After it subsided a bit, I opened a bottle of wine - as the plan was to do the podcast during happy hour, so alcohol was called for.

I'm not saying 3/4 of a bottle of red wine in a half-hour helped my situation, but it didn't seem to hurt it.

The podcast was fun. As much fun as it can be with two folks with ADD non-linear communication skills. We were all over the place, but it was a good time.

The idea came interview normal interesting people....during happy hour. The details aren't all worked out yet, but I'm thinking this could be fun.

More to come on that front.


On the plus side, the jalapeño really made the soup so much better. Or maybe it was that 3/4 bottle of red.

Having done that--the jalapeno thing not the podcast--I felt your pain as my pain ... again!

OMG it was so much fun!