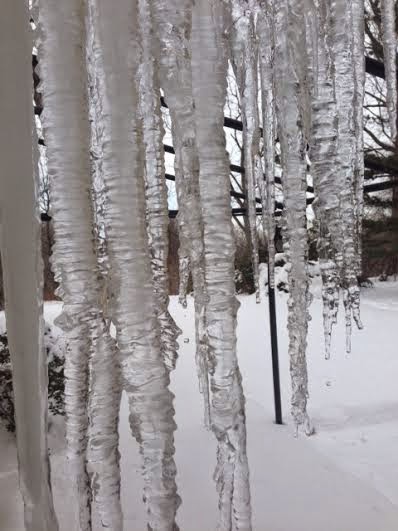 Just a few items to chat about today - no big post, per se.

First off - a few folks have asked about Buddy. There is good and fair news.

The fair is: no one stepped up who wanted to take her directly off my mother's hands. That was disappointing to me, but I get it too.

So in the meantime, my mother filled out a Rescue Village application. They called her on Tuesday and Buddy went in for an 'evaluation' on Wednesday.

Naturally, they loved her. Who wouldn't??

They said she'd be on the website in three days. First she'd get spayed and microchipped, then get put up on their website.

The one thing they asked my mother was if they could change her name. My mother didn't quite say 'no', but stressed that she came if called by her name.

So yesterday, I checked the site and sure enough, there was Buddy, but renamed Bunny. I totally get that - stresses the female aspect and close enough to the original name where Buddy wouldn't be too much the wiser. And let's face it, the family choosing her will probably change the name anywhere.

But there was no picture of Buddy, but all the stats were there.

I looked back 5-6 hours later to see if they got a picture up and they did not. Because she was already off the site. She had already been adopted!!!!

So that was the good news. On the market for like 4 hours and she snagged a new home!!!! SCORE. I will miss her. And my mother will too, more than she realizes.

In other news.....we've had a sort of thaw. Thankfully.

Mind you - the tons of snow we have gotten still remains in most places.  However, it's the ice build-up that is problematic.

In the last week, we've had lots of sunshine that has melted snow on the room, making it drip down into the icicles you see. But worse those icicles have begun to melt and refreeze on our walkway.

I can live with the mailman slipping and splitting his skull open on that treacherous walkway, but the bigger problem is Petey when he goes out to do his bidness. Even with his low center of gravity, it is a major slipfest.

So yesterday, I went out with an icebreaker and started to get to work on that. 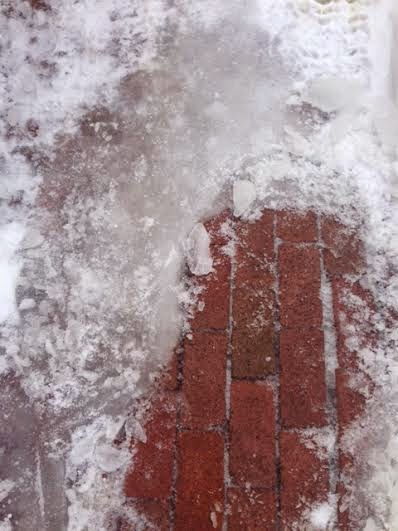 I didn't get very far. Maybe one-third of the walk.

In some places, the ice is pushing 2" thick. It'll take a few more days to get through it, but alas, we are slated to go from 43 to 21 today. So I have to make hay while the sun shines.

The problem is the actual ice breaking. It's hard word and it doesn't hurt, but after 30 minutes, I found what it is like to have nerve damage. For hours I couldn''t quite grasp things like a spoon or pick up a carrot or use my iPhone. It wasn't painful - it was full on-set weakness.

710 said I couldn't have another malady this week. Between my elbow and my jalapeno incident, I was not allowed  - or at the very least it had to be on rolling week schedule.

I gave up and we dropped a ton of salt on the problem. Hopefully today we can finish clearing before the temps drop........again.

Oh, and I'm drunk, so I apologize for the ramblings and typos.

thank you for the buddy update - hopefully she has found a GREAT home!

and look what's just around the corner - BASEBALL SEASON! mine starts on 2/19. my team will blow goats again this year; your thoughts on the tribe?

So great that Buddy--she'll always be Buddy to me, too--has found a home!

We look forward to the post explaining what you were doing with that carrot.

Aw, so glad to hear that Buddy was adopted so quickly. Do you think your mom will end up with an adult cat, who will require way less attention? I think its important for those who live alone to have a pet.

Winter is made for drinking.