Tracks in the Snow 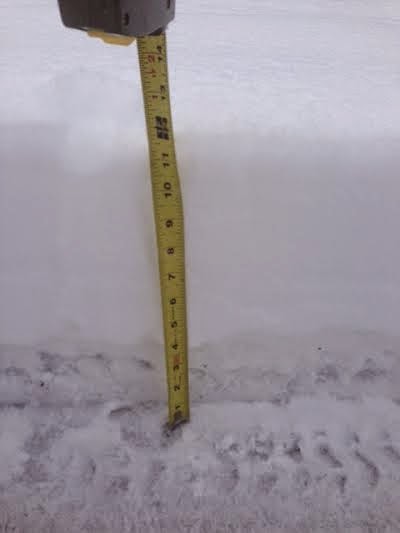 We made it through our first big storm of the season - and hell, it's February!

You know I'll complain about Winter at the drop of a hat, but it's hard to moan about 24 hours of snow,

The majority of it, came in about 7-8 hours. The rest came during the night.

710 got to clean the driveway on Sunday and I had to do another pass through yesterday around noon. It was at that point, I decided to see how much we got.

There didn't seem to be any drifting, so it was 11" across the board. And it was heavy snow too. Very heavy.

I made it out to try to save some of the evergreen and pine trees / bushes. 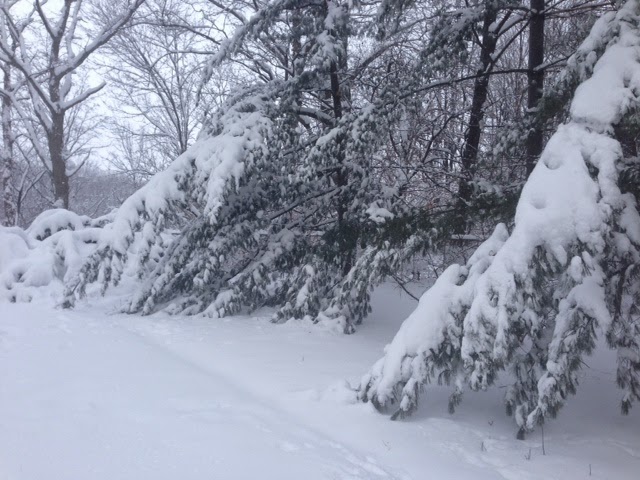 These pine branches are normally, and easily, 7' off the ground. I had to trudge through the elements with a shovel to hit them, so snow would fall off and they'd somewhat spring back. They didn't quite go back to normal, but hopefully there isn't too much damage. 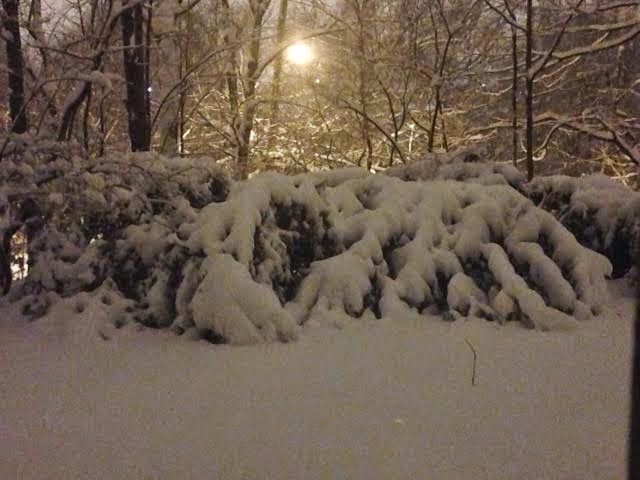 The front yard evergreens have seen worse. but they're not there for looks. They are more for blocking the view from the street up to the house.


The biggest problem with the snow is, of course, Petey.

I cleared the walkways for him, but he still thinks he can get through the mountains of snow. And in a way he can, but there isn't enough clearance space to do #1 or 2.  So he ends up doing both on the cleared walk - which is fine.  But then he's not quite smart enough and comes back to the the door through the snow.  He could have just taken the plowed path.

...oh and his pee is freezing into yellow ice. But that's more my problem than his.

Now that the snow has passed, we are on our way to arctic blasts though. Single digits today...and on Thursday we go into the negatives.....not including wind chill.

Blobby ain't walking Petey for a little while. He'll be frustrated, but he'll be happier....even if he doesn't know it yet.

Harper has never seen snow but she won't go outside if it is raining. A walk is out of the question. If I go out and stand with her in the back yard she'll pee but makes a dash back the house before I even know she's done. She'll hold #2 for days if needed to keep her paws dry.

Its a mess here in Boston. I'm suffering an acute case of "GetMeTheHellOuttaHere" syndrome.

We brought our metal snow gauge from MI to AZ; out of whimsy we have it erected in the backyard. So far not an inch. :-)