My Bucket's Got a Hole in It 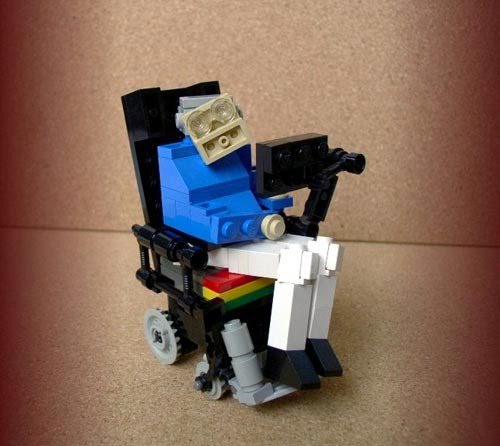 There is an awful lot of hoo-ha about this whole ALS ice bucket challenge.

I did mine a few weeks ago before it became the big meme it is now, or maybe was. Has it peaked already? I can't tell.

I see more and more people doing it on Facebook, but now it's assholes like Oprah Winfrey, who is truly only doing it to promote the movie she produced with Stephen Spielberg and starring Helen Mirren. Her participation is questionable at best.

And really - she'd need more than one bucket to cover that big head of hers. I did not say 'fat', I said 'big'. She ain't all that.

My friend Mike challenged me and I gladly took it up - if only not to disappoint him. I mean, have you seen him?

I do feel a little dirty participating in it, now that those Kardashian sluts have been doing it. Allegedly so has Justine Beiber, Robert Downey Jr., and fame-whore, Lady Gaga. But she had to do it, since her last album b-o-m-b-e-d. (S)He had to do something to get back in the news. And James Franco doing it mostly bottom-half nekkid. Seriously dude, just come out already.

Articles have come out saying this challenge is a sham and a scam and it doesn't nothing for providing money to ALS patients or research.

But I never thought that it would.

The challenge is supposed to be: complete dumping a bucket of ice over your head in 24 hours or donate to an ALS foundation. The probability of anyone forking over cash for that didn't register with me as being an actuality.

I did it for one real reason: to bring recognition to the disease and the research.

In another life, I worked with a physician who was getting his paycheck doing neurosurgery operations, but his research went completely to the treatment of ALS. He is a cocky little man, but then, in a way, he should almost have to be to aim that high.

Nick is also a brilliant man. We put forth any number of grants to do human trials for stem-cell research that the NIH and many private organizations just turned down flat. It was hard to keep his lab afloat without the funding.

Due to our inability to get grant funding and the institutions lack of desire to keep his lab funded through my normal budget process, Nick found three other institutions happy to take him and his research team and back them financially.

While Nick has since secured some grant monies - public and private - he has done stem-cell transplants in human subjects. None of the subjects expected to live longer than anticipated, but that wasn't the end-goal. It was to see if breathing on their own could be acquired for at least longer periods of time. So far, so good.

Getting past opposition to stem-cell research is still an issue. Religious folks and organizations still are very anti this process. Personally, I see nothing wrong with it. I still laugh at Family Guy's take on it too.


So yeah, I took the ice bucket challenge. Picking four people was not difficult. Picking only four people was. But here is the one I did a few weeks back - for those who have not seen it.


For the record, only 50% of my nominees did the challenge. I tried to pick people I knew would actually follow through. Apparently, I'm only 50% correct, which is still better odd than being a weatherman.

Bri and Nick did it immediately.

First off, that I was the first person to challenge Nick seemed unreal, but then this was in the early stages of the meme / challenge. And to his credit, he was in Boston to supervise a stem-cell transplant in an ALS patient at Mass General and was also picking up a $100.000 ALS research check at a conference. He did it outside the hotel while wearing an Armani suit.

He may have dropped the 'f' bomb a few times during.

Brett......well...........for all his diatribes about everyone else being "squishy", he had the audacity to say he "felt fat" after pigging out. Squishy, if you will.

And while I chide him in the video by saying he'd strip down at the drop of a hat, the real reason I wanted to see him dump water on himself is that I highly suspect he would melt, not unlike his sister Elphaba. He has yet to prove me wrong on that point.

The other person, Kristen, has gone radio silent.

As for the articles that say this is a stunt that does nothing?  Donations to the ALS society as of July 29th were $13.3 MM.  The same period last year raised $1.7 M. I don't even think this thing took off until August, so, they should see some more $$$ come their way.

I wanted to raise awareness. If it raised money - even better. Let's just hope they put that  dough to good use.

good on ya...and we get to see you shirtless!

And you're oh-so-right about Oprah.

Thanks for the post. I lost a good friend ten years ago (he was 44) and if he did this stunt....it would be vodka/rocks...NOT ice water.
Still miss you Don Roe...you BIG smart arse.

Cheers for stepping up!
I'm not on Facebook so have not been challenged nor actually have I seen one, so thank you for that as well.
I'm going to see Oprah in a month in person, I love her so that's me, we are all different.....interesting to hear she did it because if I was her I'd just write a check.

I walk every year in a local ALS fun-run. I hope this is good enough without having to dump water on my head.