Earlier in the week, 710 and I went to my sister's house for dinner. She asked us to bring Petey along. We love taking him, and they love seeing him, so why not?

Actually, 710 was walking Petey around the yard (to pee) before we went in and Petey heard my sister before he saw her and he was super excited.

However, he was more excited when he saw my mother - running over to her and jumping up on her. Almost no one outside David and Morty gets that reaction.  .....myself included, unless I've been on a long trip.

I will say, it made my mother's day. Probably her week. 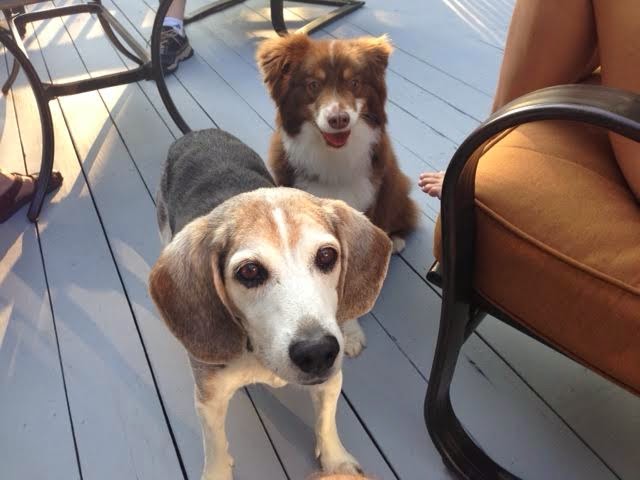 Here the two are, waiting for a treat. Petey is alpha amongst the two, so Boomer waits patiently. You've seen it before...Boomer likes to clean Pete's ears and eyes. It's gross but Petey lets him do it and who am I to stop this behaviour?  (and for all of those who say you never see 710, there is half of his right foot!) 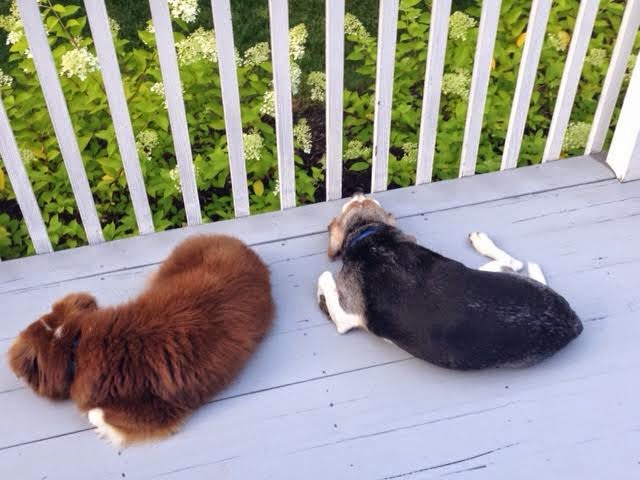 After running around, personal hygiene and begging for food, both of them conked out. But together.

I didn't get a pic of Petey seeing his old cat-brother, Wally. Petey went up to him and started licking his face and Wally allowed it.


Song by: Lucinda Williams
Posted by Blobby at 12:02 AM

the only pix I remember seeing of 710 was on your wedding day.

That is so sweet that Boomer grooms Petey!