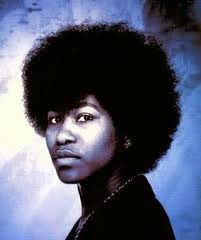 I has been far far too long, not that I've had any shortage of vivid dreams. This one is full of images, though I'm not sure I can capture it all here now, but I won't say it stands out for any true weirdness.

But let's go on the journey, shall we?

I was with my former co-worker and man-date, Scott at a college football event.  We were on a slopped grassy hill, but it was well maintained in terms of cut grass and plenty of space. Peopled were decked out to watch an OSU football game in Autumn clothing even thought it was very hot out. I walked past one woman lying on her blanket watching the halftime show on her TV, even though she could have easily seen it if she had looked up.

Switch to later that night, "we" were in a club that had two levels. I'm not 100% sure who "we" were. I think Scott was there. But so was a guy from high school - a stoner. There were windows looking down from the upper level to part of the lower level bar, and I stood next to one of the windows looking down. Everyone I knew was downstairs and me up. Part of me felt that I didn't belong in that lower group, but part of my dreaming self thought I was looking for others.

I do remember coming down and socializing with that group and them giving me a hard time for being "upstairs". And that stoner guy, Colin, purposefully exhaled his last hit of pot right in my face, claiming it was so strong, I'd get high from it. And I didn't.

At this club, there was shag carpeting that was sticky from people who had spilled their drinks, and there was that slight delay of getting your shoe off of it with each step, as you felt the carpet pull with you. In my dream-mind, we were at the Akron Agora.

The last part of the dream was the most interesting to me. I woke up, in a post-party haze, and stumbled down the hall. It felt like it should be my dorm (even though it looked nothing like my actual dorm). Rooms were open, beds made and unslept in, including on of John Morrow, who lived next door to me freshman year - which was also years 1981 and 1982.

Then I'm another part of the "dorm" which goes to looking like a party house where people are sleeping / passed out wherever they could find space......and this is really probably why you are getting this post.....

My friend Morty arouses from one of those spaces and is starving (that's not the expected part....just his every day routine) and glad he has someone to go get food with.

He starts giggling at what I think is this woman I used to work with, gets up as well in silk Everlast boxing shorts, but not shirt - though I only see "her" from behind. "She" puts on one of those cheesy paper top hats you'd get at a New Year's party.

As she walks away, I realize not only is it a guy, but a little person / midget / dwarf.  Morty raises one leg, so he can walk under him as he keeps moving. Morty points and laughs.

As we are on our way to find food, we pass a box for a product item that I found funny and odd. Since I had forgotten my phone, I couldn't take a picture, so I ask Morty to do the favour for me.

It's was of the Joan Armatrading Cocktail Shaker.

There she was, on the front of the box with her head slightly back, a big old smile on her face as she is shaking a frosty cocktail.

First off, who dreams of Joan Armatrading, let alone hawking a product for making the perfect mai tai? And yes, I Gooooooogled it when I got up, no such product exists, though how eerie would have been had it been real?

I don't even own any of Joan's music, and not sure I could pick it out if you sampled it for me.

The mind is a weird thing, though I have to believe 1981-82 factors in more than I think, though I didn't know Morty, Beth (the woman who turned out to be a guy midget) or Scott back then.

Anyone who wants to interpret the dream can have at it, but I'm not paying for the session.

Song by: Big Audio Dynamite
Posted by Blobby at 12:07 AM

I hope I wasn't wearing acid washed jean shorts or something 1980s hideous.