Fishing in the Morning 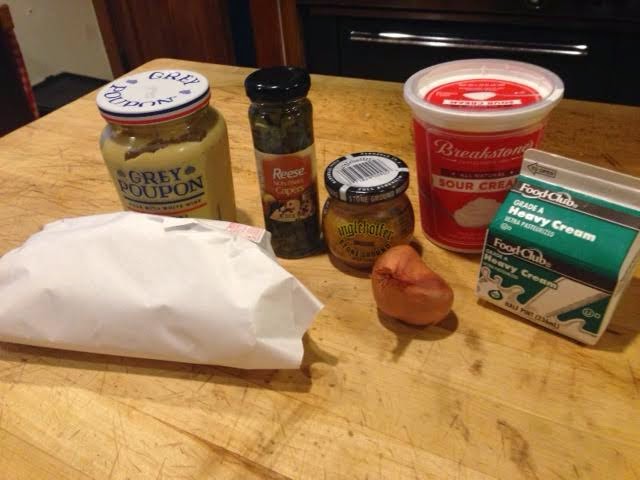 I axed 710 what he wanted for dinner the other night and he came back with "fish".

As much as I like to cook, I've never had great success with fish.

Cooking fish is usually easy enough. But bare fish is just ok. It's making a good and relatively easy sauce that seems to be my hurdle.

Oh, and we didn't have any fish at home, which meant a trip to the store. So before I went, I did a quick intertubes search, I found a seemingly easy sauce. Seemingly.

Actually, the sauce was easy, but our smaller local market didn't make it as easy as it could have been.

Creme Fraiche? Noooooo.....not at our little store. But thanks to a smartphone and Gooooooogle, I found a substitute could be sour cream cut with some heavy cream. Done and done.

And while 710 said to go to the fish monger, he clearly isn't aware that the same guy who runs the seafood counter also slices your black forest ham. He's the monger of nothing. ....and the other day, he was all of 17 years old.

The recipe called for a red snapper like fish, but there was none to be had. I got two 8oz white cod filets. They were hearty and sturdy - they worked well.

The recipe is for two. Change the ratio for your plans, if different. 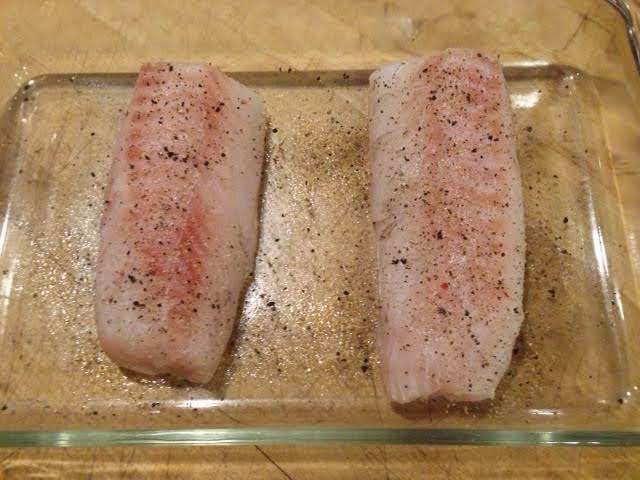 In an ovenproof baking dish, salt and pepper the fish liberally. 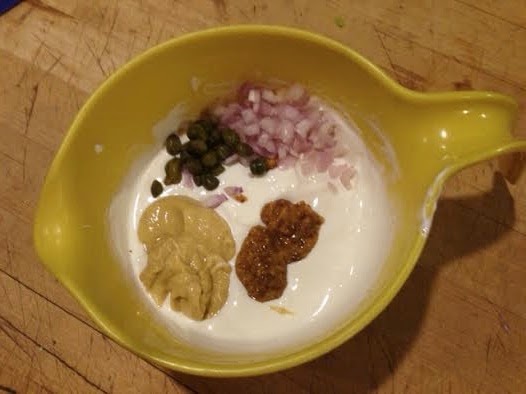 The sauce is:
1.5 T of Dijon mustard
1/2 T of whole grain mustard
1 T of minced shallot
1 t of drained capers
4oz of creme fraiche (or the substitute) 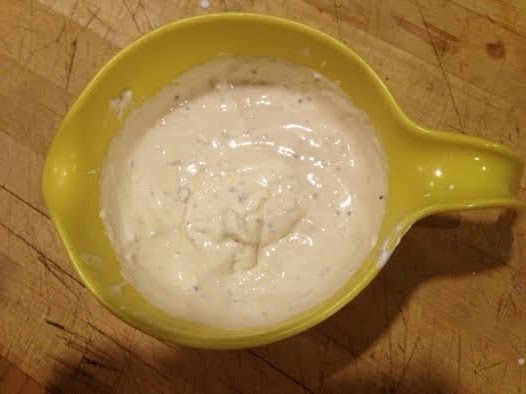 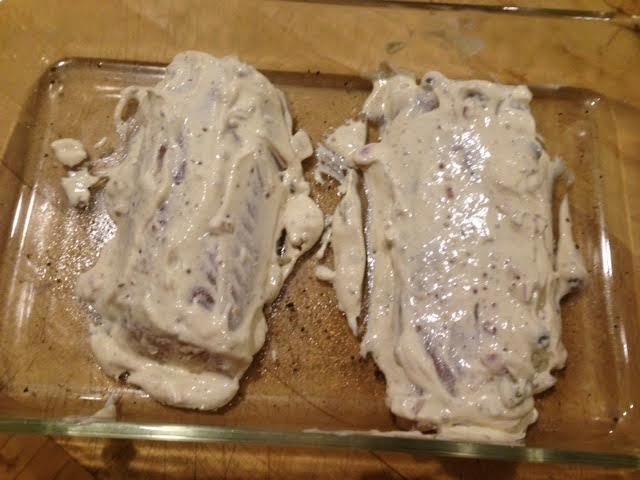 Cook for 10-15 minutes or until it is barely done. Do not overcook.

Use some of the sauce in the pan to spoon over the fish. Actually, the sauce recipe made more than enough, and I tossed some, but 710 would have liked extra for his, but it was too late. 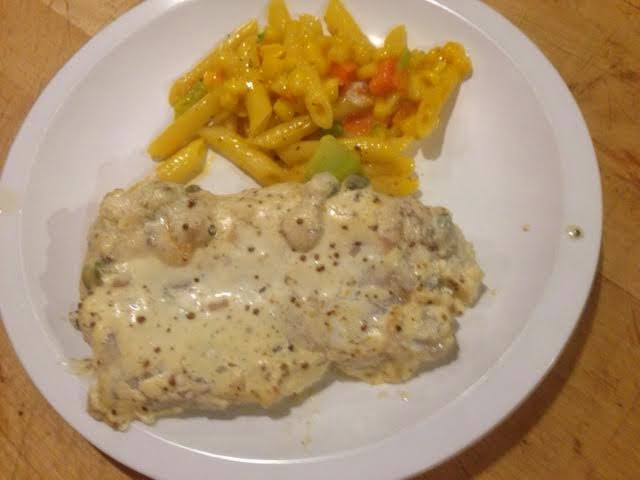 It doesn't look like much, but the sauce was good. Neither of us thought it had too strong of a mustard flavour, even though it contained two kinds. 710 thought it was a winner and that's good enough for me.

your husband is easy to please.

I usually bake fish in parchment paper. There are a number of recipes online but this is my favorite which I serve over brown rice or quinoa.