Your My Choice Tonight 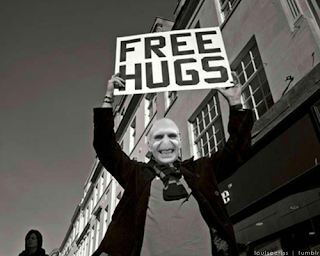 Come Academy Award time, I'll have seen six of the nine nominated films. An all time high - with apologies to Rita Coolidge, though really, shouldn't she apologize to us for that horrid horrid song?

I know, I haven't seen all of those six just yet. We will see the Artist in the next week or so and we have the Tree of Life on blu-ray. My father-in-law recommended it, so the husband got it as a present for the holidays.

I won't argue with most of the movies that were selected. They have decent reps. As for Extremely Loud & Incredibly Close, I can't say, except it was a movie that I heard no buzz on and has reportedly been the lowest rated Oscar nominated movie.......EVER.

I have no plans to see it before the timeline....or after.  Until it hits HBO, and then I'd have to stumble upon it.

I will say, not that I truly expected Harry Potter to be named for best picture, but I was a little disappointed that Alan Rickman or Ralph Finnes were not nominated for supporting actor. Both did incredible jobs in the final (actually all) release.  Actually, I saw Finnes on tv the other day and his actual persona is wayyyyy creepier than Voldemort.

I mean, Nick Nolte?  Jonah Hill?  Sure he was ok in Moneyball, but Oscar material?  Well.....you know my thing about that - they'll give one to anyone. That gold statue is not as special as people think, but they have great PR to make people believe it's the shizz.

Anyhoo, they could have dinged either, or both, of those actors and given the nod to Finnes and/or Rickman.  Oh well, I am not a member of the academy, I have no say.  Hell, I saw 12 (!!!!) movies last year. That's more than Marisa Tomei probably saw!  ...and she has an Oscar!

I can probably get another post of this closer to award time and give you my predictions, so I won't do it now. I'll see those other two movies first.

Song by:  Teddy Pendergass
Posted by Blobby at 7:29 AM

The best part about the awards season is Fashion Police. It's a bunch of sycophants honoring themselves.

I have totally fallen off the wagon -- we hardly ever go to the theater anymore to see the latest films. NetFlix has totally changed our movie-watching habits. So i've not seen most of the films nominated this year. Having said that, I will challenge you to a contest -- who can pick the highest number of Oscar winners? Winner gets to gloat, loser must admit failure!

"I saw Finnes on tv the other day and his actual persona is wayyyyy creepier than Voldemort." Now I'm really curious to see an interview with him to see for myself.

I think these awards are more about who you know in Hollywood.