I suppose it is not really fair to highlight an app that isn't offered on a mobile device that I actually use. But life isn't fair and you'll all just have to suck it up and deal.

Dith, in all her Dithness, sent me a vague message about Swing Blob Swing. 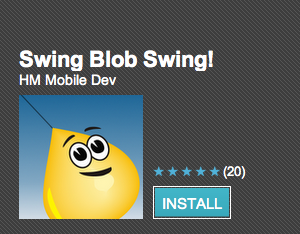 Texts sent back to her asking for clarification, qualification, or just general information went unanswered. This is a surprise to no one, least of all me.  {sigh}

So I had to do a little digging on my own.

Swing Blob Swing is an app for Android only, not iPhone. Cruel that I cannot play my own namesake of a game, isn't it? 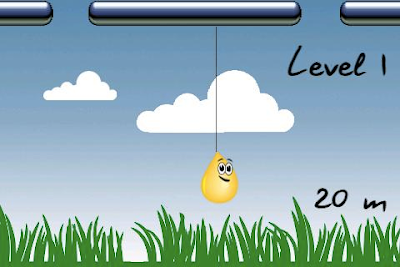 But Blob doesn't swing, not this one anyways. Though I suspect this is becoming my body shape. 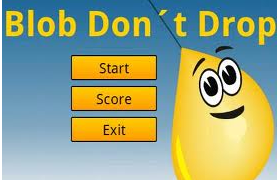 If anyone has a Droid and has this game, I'd love feedback. I'm not sure why, it's not like I'm changing mobile devices to get a game I have pay for.  I don't have time for it anyway - Words With Friends takes up all my free damn.

Damn you Alec Baldwin.  Damn you!
Posted by Blobby at 6:37 AM

too bad for us iphoners.