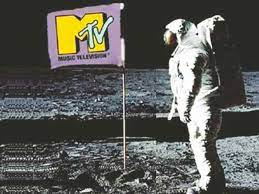 If you want to feel a tad bit old(er), it should be noted that MTV launched 40 years ago today, with the Buggles video, "Video Killed the Radio Star".
Actually, MTV killed the video star.
While MTV has been on for four decades, I think they gave up on videos after 11 years. Then came the Real World, which deteriorated into Bevis and Butthead, which deteriorated into Jersey Shore, which deteriorated into Teen Mom 2.
The only non-video thing to come our of MTV was a game show, whose name escapes me and I just don't care enough to look up. The game show kind of launched "Six Degrees of Kevin Bacon" and my favourite category, "Dead or Canadian".  What it really did was launch the host of the show:  Jon Stewart.    ......and like it or not, Colin Quinn.
I do remember, before my town got cable, and before I could afford it, that we'd go to BW3 for $0.10 wing night (Tuesdays, don'tcha know) and they had QUBE, which had MTV.  I believe my first music video to see (via that medium) was Peter Gabriel's "Shock the Monkey".
It was unfair, actually. Gabriel had a great song and good visuals. Not all (read: most) artists did. It's like getting the good heroin first, and then when you just keep trying it to get that good high again, that will never come.................I've heard.
Honestly, there were more Aldo Novas than there were Duran Durans. There were more Jermaine Jacksons than Michael Jacksons. More Martikas than Madonnas. There were more RATTs than there were Poisons.
...ok, that last one doesn't hold up, because, it's quite possible they were the same band.
MTV must have put the hairspray industry into incredible profit margins - at least for a while. SOOOOO many hair bands - none of them good......all forgettable.  Yeah, I'm talkin' about you, Cinderella (who probably has a URL listing their county fair tour dates).
Still, for a while, MTV ruled an industry, until the industry struck back. Almost (read: none) black artists were played for two years. Sony / Columbia told the network they would not allow any of their artists to be played, due to the fact that Michael Jackson was not considered someone their demographic wanted to watch.  Clearly MTV was incorrect - in a racial aspect and what they thought their public cared to view.   .......so eventually, you had to endure the better Jackson ("Beat It") till you finally deteriorated to "Black or White". .....which yes, is different than "Ebony and Ivory", with which one also had to deal.
Early days, when we got cable in 1984, it was still 22 songs that played on continual rotation. If I never hear John Waite's "Missing You" again, I'll be just fine. Ditto with many Tina Tuner, ZZ Top, Hall and Oates and Chicago songs. Oh - and Phil Collins / Genesis / Mike + the Mechanics.
It wasn't all bad, of course, they kept those few key ones you hope and wanted to see. Most of them, for me, stemmed from their 120 Minutes segment.  Yes, two hours, every SUNDAY, at 01:00 (or some such nonsense), they played "alternative" music.  Well, two hours minus 1 hour and 18 minutes of commercials.
I'd be hard-pressed to name five videos that MTV played that truly captured my attention. It's not that there are not five, but as good as my memory is, sometimes, it's clouded with stuff like this. This would not be five of my favourite songs - that's not this. And I can't say the videos were 'impactful', just memorable.
But it can be audience participation time. Name five that you enjoyed.
In no order...........mine are......
New Order - Bizarre Love Triangle
Duran Duran - Rio (I get "Hungry Like the Wolf" was more popular, but I saw "Rio" first")
Kate Bush - Running Up That Hill
Smiths - Stop Me If You've Heard This One Before
Peter Gabriel - Shock the Monkey
But Julie Brown's parody, Medusa: Dare to be Truthful hit the nail on the head of the early '90s. 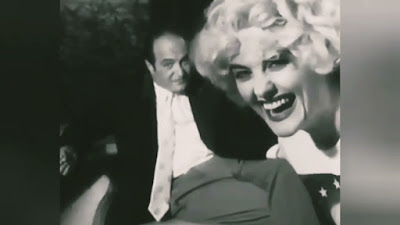 "Medusa" was great, but so was most of Julie Brown's "Just Say Julie" as was "The Ben Stiller Show" (especially anything with Janeane Garofalo) and "The Jenny McCarthy Show".

Oh I used to watch MTV all the time, hoping my favorites would show.