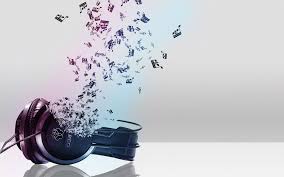 I've always loved this song. I liked Black, (who apparently died five years ago from injuries sustained in a car crash) the artist as well - for what little output he had.
I'll rephrase: what little output made it to the states. Most of it in the late 80s and into the 90s - before the advent of the intertubes and Napster.
Actually, it's amazing how much new music I found back in those dark ages. I remember seeing his debut CD in a cut out bin at Schoolkids Records in Columbus......for $0.99.
I purchased it just on the album cover alone (I wasn't the only one to sometimes pick music that way - was I?) .
The album was ok - but it had two stellar songs: "Wonderful Life" - which was the title track (and featured here back in 2011 !!!! - have I really been doing MMM for at least a decade???), and today's selection, "Everything is Coming Up Roses" - not an Ethel Mermen cover.

Enjoy.  I insist upon it.

What a fun find! I used to be a cut-out bin junkie. Found the best stuff that way. As for criteria? None. I went on instinct. A producer's name could snag me, a nice album cover, and if it had a sticker announcing the singles... snag. I regret not buying more than I bought. Years later, seeing or hearing something and remembering... aww... I could have snagged that. Thanks for sharing this.

I very much enjoyed this. I often learn a lot of good music through your posts.